Following a class English lesson spent writing a birthday letter to war veteran and fundraiser Colonel Tom Moore, a T2 child was inspired to set up a bike challenge to see how many kilometres he could manage to travel in one weekend and asked family and friends to sponsor him. He completed a distance of 23km and raised an impressive £140 for the NHS. Another child in F3 also decided to raise money for the NHS by holding her own 'danceathon' by choreographing 26 dances herself during the month of May. She has already raised nearly £1000 and is staying fit at the same time as raising money too for NHS Charities Together to, in her words, 'Help those on the frontline who are helping us'. 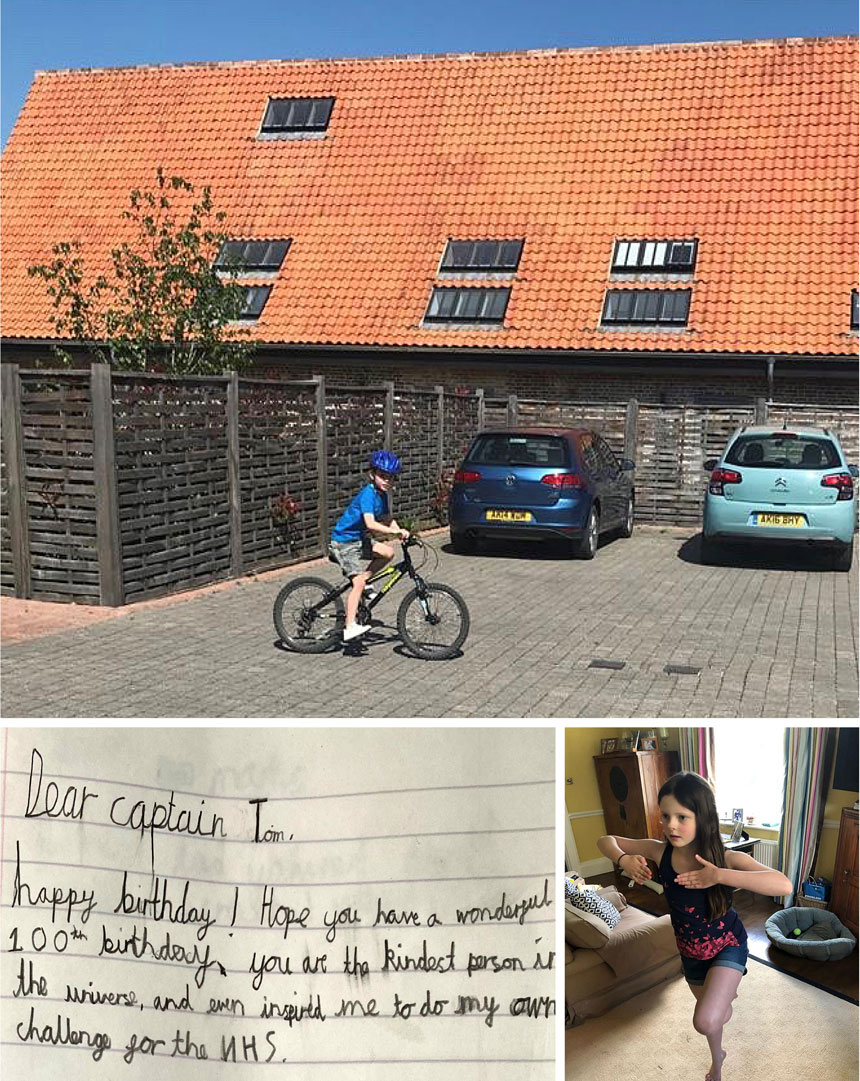 Colonel Tom Moore made the news recently for raising more than £32 million for the NHS by completing 100 laps of his Bedforshire garden by the time he reached his 100th birthday in April. Since then, the war veteran has been given the Freedom of the City of London Award during a virtual ceremony​. The Freedom of the City dates back to 1237 and is offered to individuals to celebrate a significant achievement. He was given the honour in a virtual ceremony, streamed on YouTube. It is the first time the ceremony - usually held in London's mediaeval Guildhall and for invited guests only - has been broadcast by video-link. As the T2 fundraiser described in his letter, 'You are the kindest person in the universe and inspired me to do my own challenge for the NHS.'

If you would like to find out more about the 'danceathon' and/or how to donate to this charity, please click on the link: NHS Charities Together