398 children and staff took part in a national mindfulness ‘sit’ at Byron House and Senior House on 9 October to mark World Mental Health Day 2019. The Mindfulness in Schools Project (MiSP) community invited teachers and pupils who regularly use practice mindfulness in schools to come together to raise awareness of the need for young people to develop skills to support their own wellbeing both inside and out. #SchoolsSitTogether is part of MiSP’s wider 'A Million Minds Matter' campaign to bring mindfulness to more children and more schools. 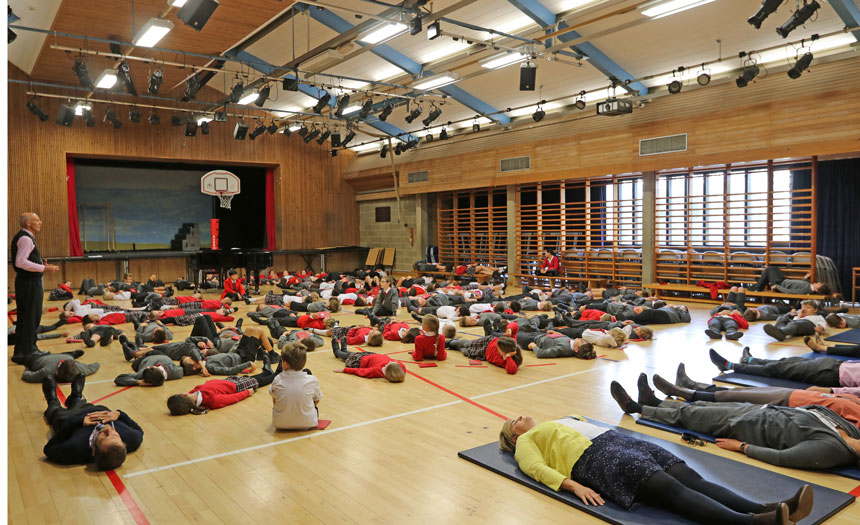 Byron House Deputy Head, Ms Worthington, explained, “The children all practice Mindfulness throughout the school day in class groups and in clubs. However, we have never come together before for a sit. I felt this was a perfect opportunity for children to feel the special quality of and support that practising Mindfulness mediation in a large group can bring. The sense of being ‘emotionally held’ by a large group of people was further amplified by the fact that this was being done nationally. The idea of joining in with other schools and other children and adults across the country in a shared intention of breathing and being together really resonated with the children. The strong silence in the Hall as we practised for a longer time than many of the children had previously experienced was testament to the strength of the intention to sit together.” 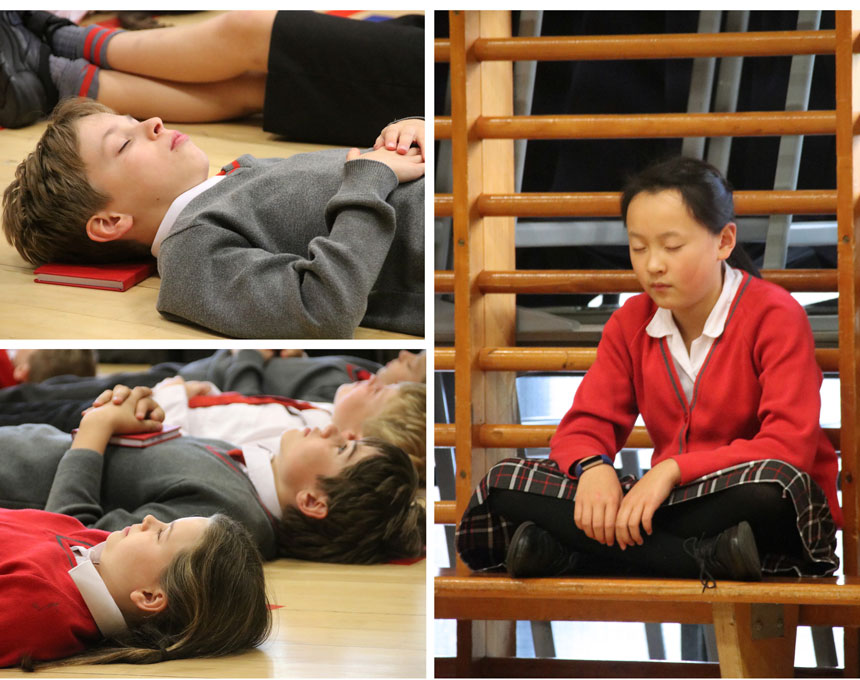 At the same time, 165 children and staff came together at Senior House for their mindfulness ‘sit’ lead by Deputy Head, Mr Palmer. Mr Palmer commented, “Whilst we practise mindfulness in class, being a large group and knowing that we were joined by thousands of others doing the same thing validates the emotional capital that youngsters have, in other words, it is ok to be silent, to respect the silence of others and to devote some of your day to caring for your mental health. Form 6 are used to meditating as a large group for 15 or 20 minutes and the energy that is nurtured when a large group is together has a particular, life affirming strength.” 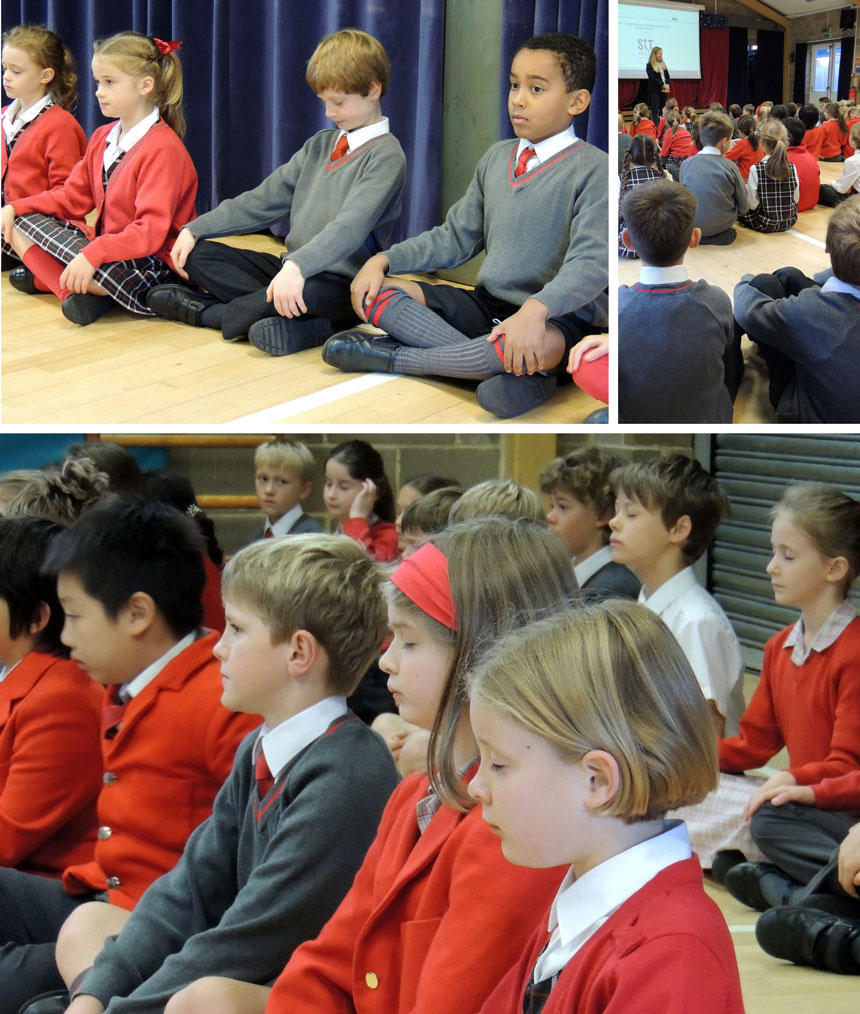 One of our younger pupils said, “It was comforting knowing that everyone else in the room was also taking part, being mindful for just five minutes, and that so many other children were also doing the same up and down the country.” A Senior House pupil commented, “The stillness in the room was both calming and our minds and bodies had a chance to be in the moment.”