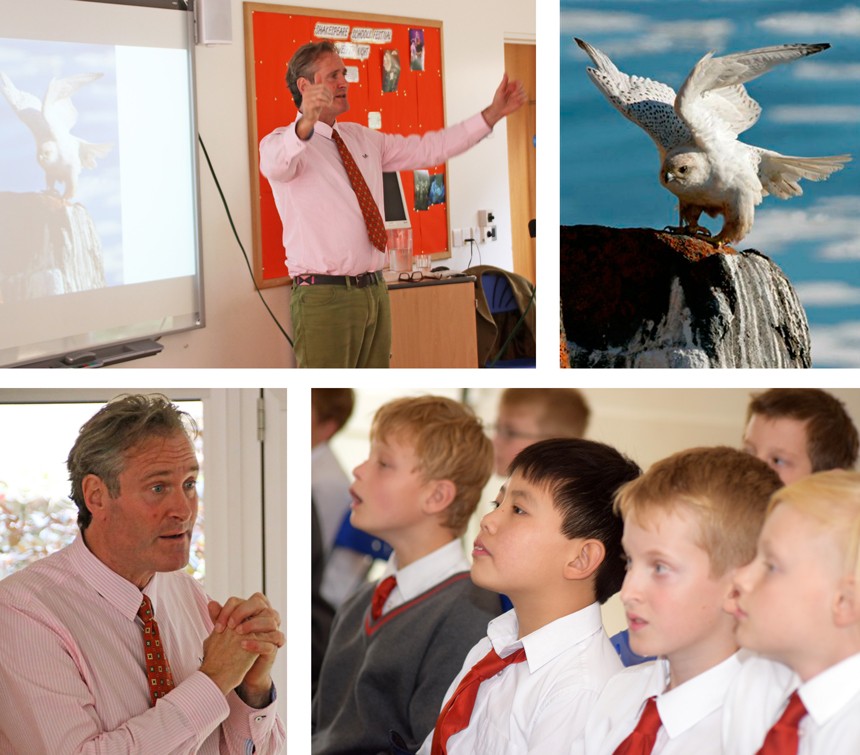 Forms 3 and 4 enjoyed their first Thursday Afternoon Speaker session of the year with conservationist and documentary film maker, Mr Fergus Beeley, who enthralled them with his passion for nature and knowledge of wildlife.

Mr Beeley is an Ambassador for Steppes Travel, a Fellow of the Royal Asiatic Society, president of the Wildlife Conservation Film Festival and Patron of Flamingo Conservation Rift Valley. He has worked with Sir David Attenborough on many films including the landmark series, ‘Life of Birds’. He was Executive Producer and presenter of many award winning films for BBC Natural World, PBS and National Geographic Explorer. He was also series producer of the award winning series, ‘Planet Earth – the Future’. He has travelled to remote wilderness areas on every major continent, including across the deserts, mountains, Arctic, Far East and the former Soviet Union.

Mr Beeley showed the children a letter he wrote to ‘Field’ magazine when he was 9. He described how he learned to listen to birds and the different calls they have when there is danger from predators, which enabled him in later life to work out when there were animals around like the stoats he filmed for his first documentary. A highlight of the talk involved describing the three months spent in the Arctic filming a white wolf pack. Mr Beeley told of the dangers from polar bears, the fact that it was difficult to sleep because it was constantly light, and the diet of beans and sausages twice a day for three months. Another part involved explaining the hides his team films from, the slow motion and time lapse photograph and the medical camera they use to film in burrows.

One Fourth Form child commented, “It was interesting finding out that his family were not into nature but he was. He found out that wrens give a call to let other animals nearby know that a stoat is close. This was such a fascinating and interesting talk.”