This year’s House Debating competition was awaited with great eagerness by all of the Sixth Form, amongst whom competition was fierce to earn the honour of representing their house.

In the semi-finals, which took place just before Easter, Fisher were required to argue that "This House believes that single-sex schools are good for education" with Gunning forming their opposition.  Sandys meanwhile, were arguing against Beaufort that "This House believes that social media do more harm than good”. Two hard-fought semi-finals with rhetorical flair in evidence on all sides resulted in narrow victories for Gunning and Sandys, who carried forward their dominance of recent years in the debating chamber.

Returning after Easter for the finals, Fisher and Beaufort competed for third place with the motion that "This House would abolish the apostrophe”. Beaufort, in Opposition, won a narrow victory thanks to their slight edge in rebutting the Government’s points. 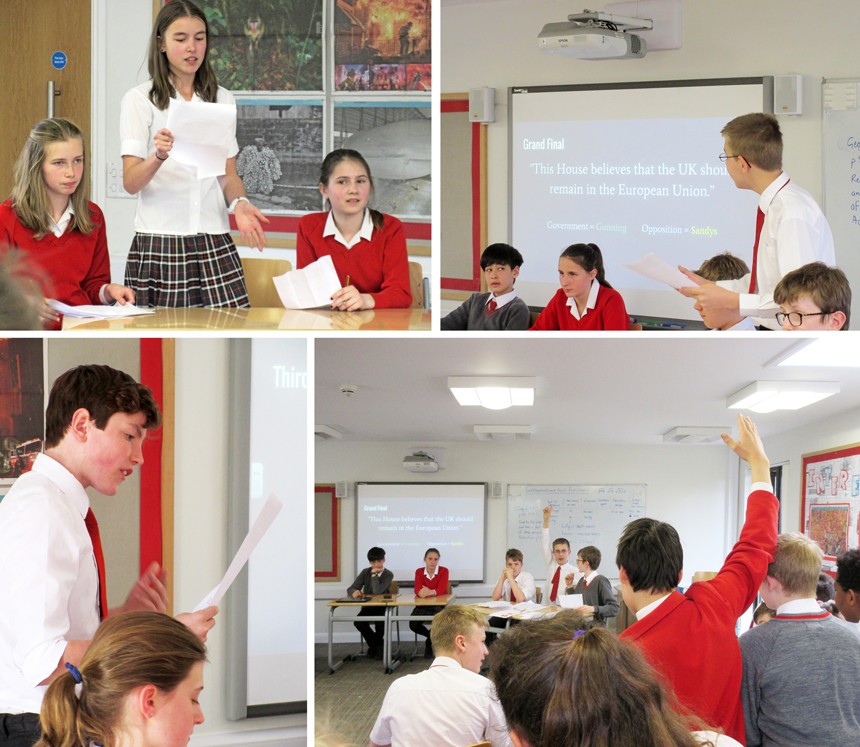 For the grand Final, what else could the motion be but "This House believes that the UK should remain in the European Union”? Gunning were tasked with taking the Government line and their well-researched, forceful arguments were met with much rhetorical wizardry and cunning from Sandys. This was probably the closest of all four debates, with the question of style vs content being at the forefront of the final decision-making process. Ultimately, Gunning clinched the victory with the strength of their numerous points which Sandys did not quite manage to shoot down.

All in all, this year’s competition was a most impressive demonstration of public speaking and reasoned argument and congratulations go to all participants for their hard work and passion.