The joyful sounds of the Harvest hymn filled the hall as the children celebrated this year’s charitable giving at St John’s in our Byron House special service. The food donations came flooding in and after the services the goods were delivered to the Cambridge Food Bank, a local charity, part of Newmarket Open Door. The charity redistributes donated foods and household products to disadvantaged people and operates a Shop ‘n’ Share scheme with donation boxes at Milton Tesco and Daily Bread in Cambridge. The monetary donations and the collection went to Jimmy’s Night Shelter, a Cambridge-based charity that does wonderful work supporting, rehousing and educating homeless people.

taff at the Cambridge Food Bank were delighted with the quantity and range of the items they collected from both Senior House and Byron House. The generosity of St John’s families was, once again, impressive and the gifts made a wonderful display both around the altar in the Senior House Chapel and on the stage in the Byron House Hall.

The Eco Committee also ran their highly successful Harvest Competition and tables were covered with an abundance of home-grown produce, as well as stunning photographs and carefully crafted models.

Eco Committee representatives from Senior House had the hard task of tasting some of the delicious home-made bread and fairy cakes on offer. They took their roles seriously and carefully measured runner beans and tasted jams and cakes. Other categories included the most orange carrot, best pressed flower picture, best seed tray garden, and best Mr Potato Head, amongst a wealth of others. Two vegetables had even been fashioned to resemble Miss Wilby and Mr Jones and added to the fun of the occasion of this perennially popular competition. The judges were particularly impressed with the detail in Elizabeth Simpson’s miniature garden and the variety of vegetables in the presentation baskets. 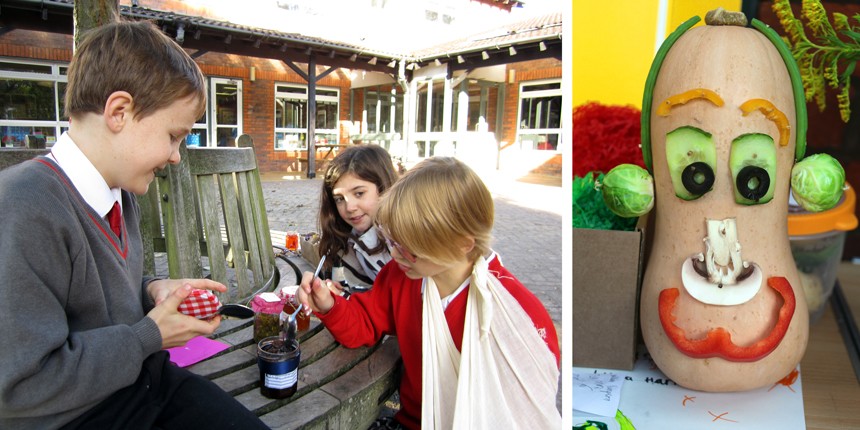 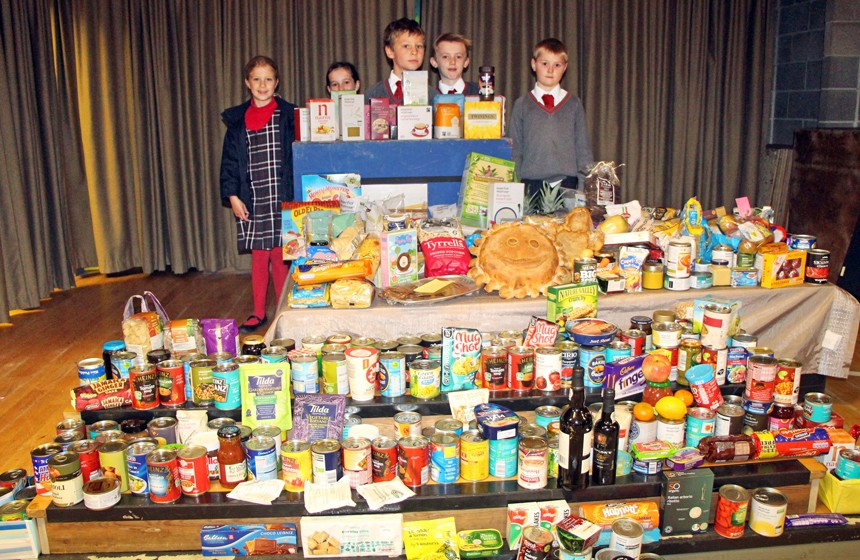