The joyful sounds of the Harvest hymn, 'Combine Harvester', filled the hall as the children celebrated this year’s charitable giving at St John’s in our Byron House special service. The food donations came flooding in and after the services the goods were delivered to the Cambridge Food Bank, a local charity, who will redistribute to various voluntary and charitable groups throughout East Anglia. 10,185 three-day emergency food supplies were given to people in crisis by the charity in 2020. ​The monetary gifts will be sent to a charity chosen by the children in the Charity Committee. 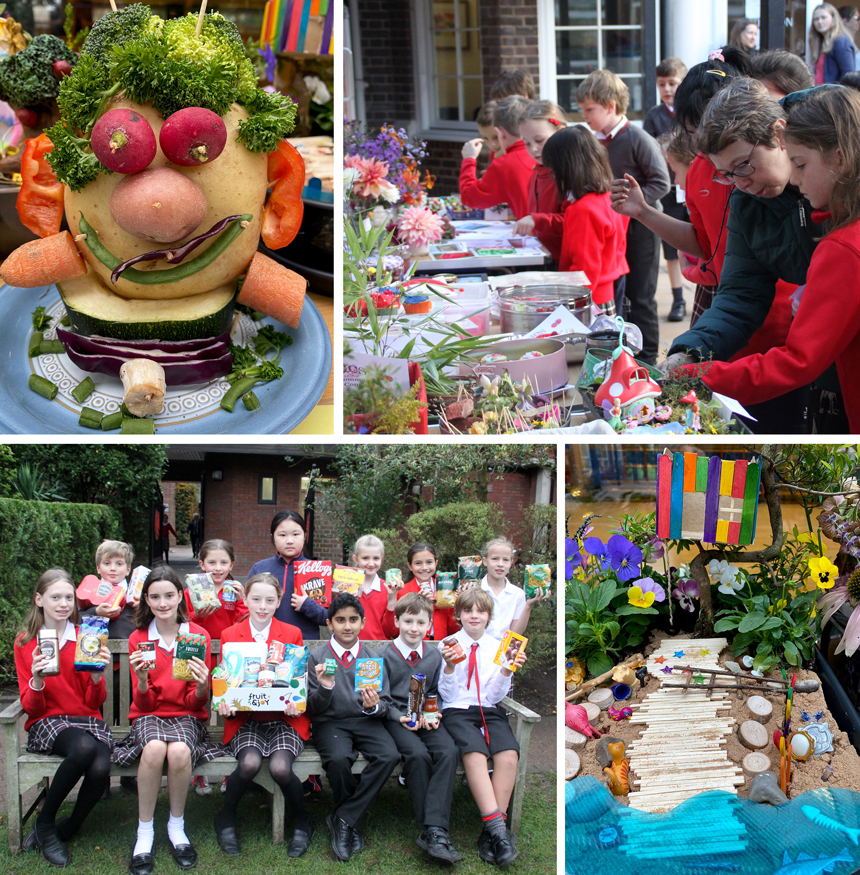 Staff at the Cambridge Food Bank were delighted with the quantity and range of the items they collected from both Senior House and Byron House. The generosity of St John’s families was, once again, impressive and the gifts made a wonderful display both around the altar in the Senior House Chapel and on the stage in the Byron House Hall. 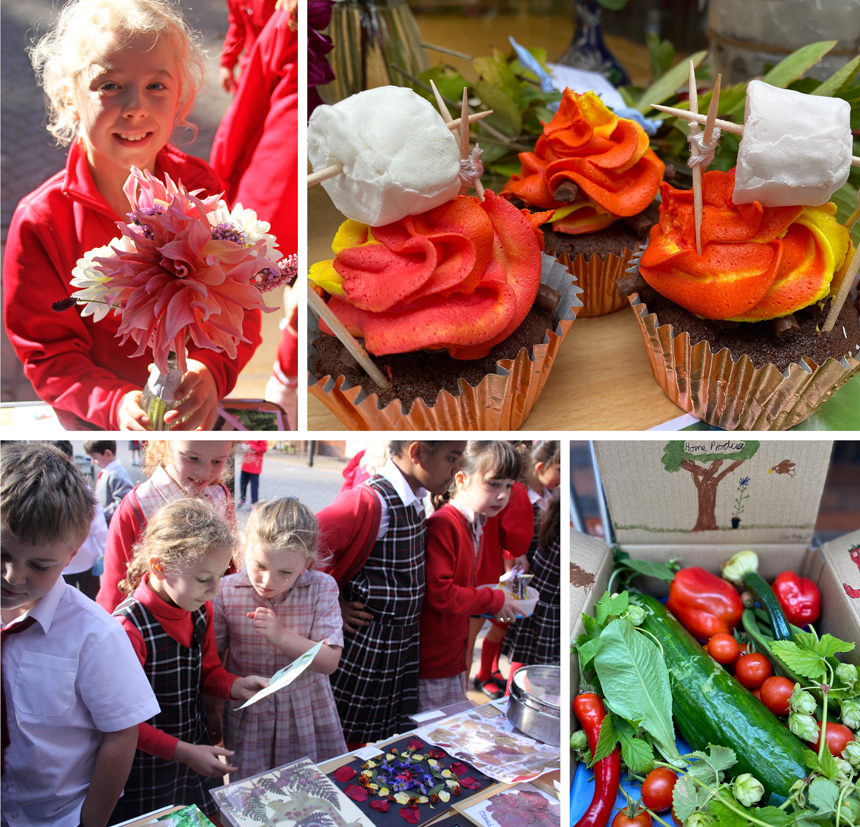 The School's Lay Chaplain, Dr Maxwell, who led the Byron House Harvest Assembly, explained, “Harvest has always been a time when people thank God for giving them enough to eat. At St John's, we do this by thinking especially during this period of local people who find it difficult to provide enough food for their families and so visit the Cambridge City Food Bank for help. As always, we were absolutely delighted with the very generous response to our appeal. The Food Bank had delivered a large number of crates to the school during the previous week and, between them, Senior House and Byron House managed to fill them all to overflowing with packets, tins and toiletries. We are extremely grateful to everyone who contributed. It is wonderful to think we shall have been able to help so many less fortunate families.” 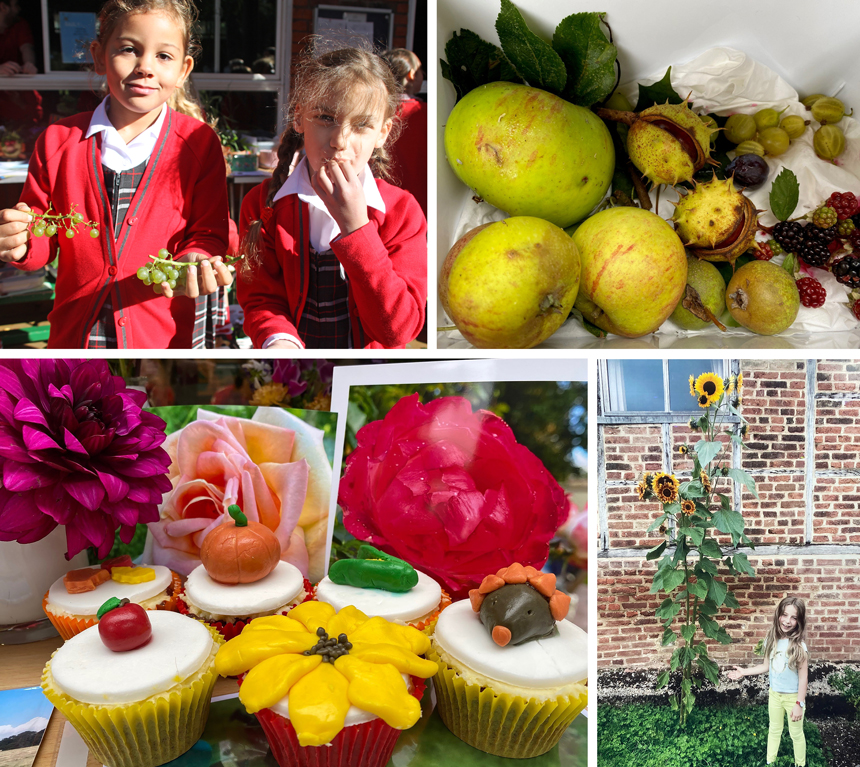 Staff at Byron House also ran the highly successful Harvest Competition and tables were covered with an abundance of homegrown produce, as well as stunning photographs and carefully constructed Lego models. Miss Pipe and Dr Maxwell had the hard task of tasting some of the delicious homemade jam and fairy cakes on offer, including realistic bonfire cupcakes! They took their roles seriously and carefully measured runner beans and tasted jams and cakes. Other categories included the most orange carrot, best pressed flower picture, best seed tray garden, and best Mr Potato Head, amongst a wealth of others.