Another beautiful sunny day heralded the start of this year’s hugely successful Byron House Summer Fair. A staggering £1,249 was raised and has been split between two charities: www.humanitascharity.org and www.bridgestobelarus.org.uk. 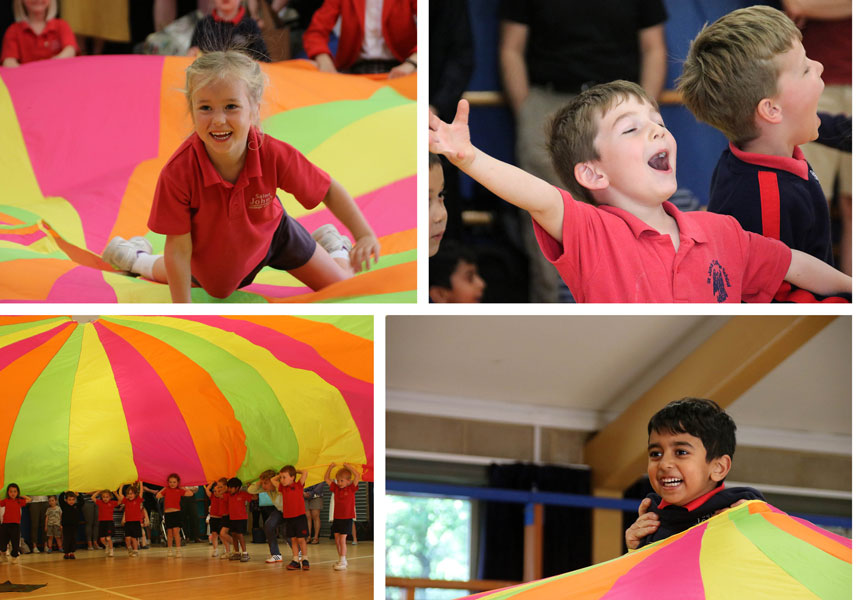 ‘Bridges to Belarus’ is a Cambridge charity run by Dr Rachel Furley, who regularly visits the school to explain her work with children and their families who are continuing to suffer the effects of the Chernobyl disaster. St John’s has continued its collaboration with ‘Humanitas’ and the school that was built in Ayensuako, Ghana. The charity believes that no adult or child should live without family, healthcare and education and, since 2001, they have taken action to ensure the world’s most vulnerable individuals have a chance, not only to survive, but to flourish. The charity provides long-term, professional support to individuals in areas of devastating poverty around the world. 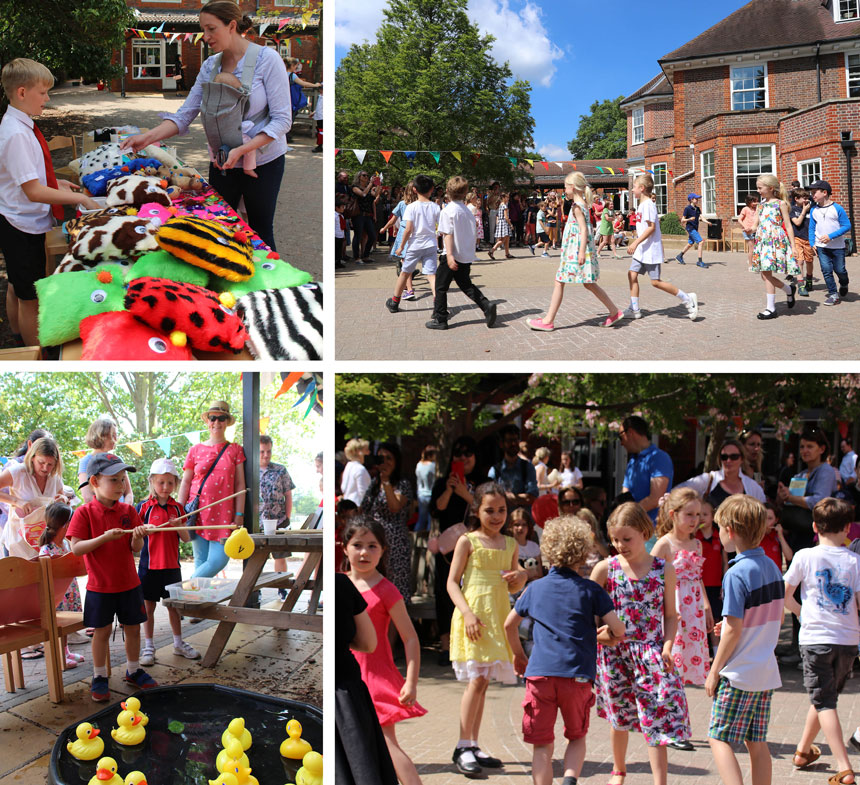 Children, parents and teachers marvelled at the variety of stalls and many enjoyed games such as ‘Pop the Balloon’ and ‘Hook a Duck’ as well as the popular tattoo and nail varnish stalls. Old-time favourites such the mouth-watering cake stall, the popular bric-a-brac and second-hand books area, and the plant sale were juxtaposed alongside new ventures. DT Club’s adorable furry ‘Waggles’ were in hot demand and sold out as quickly as always. 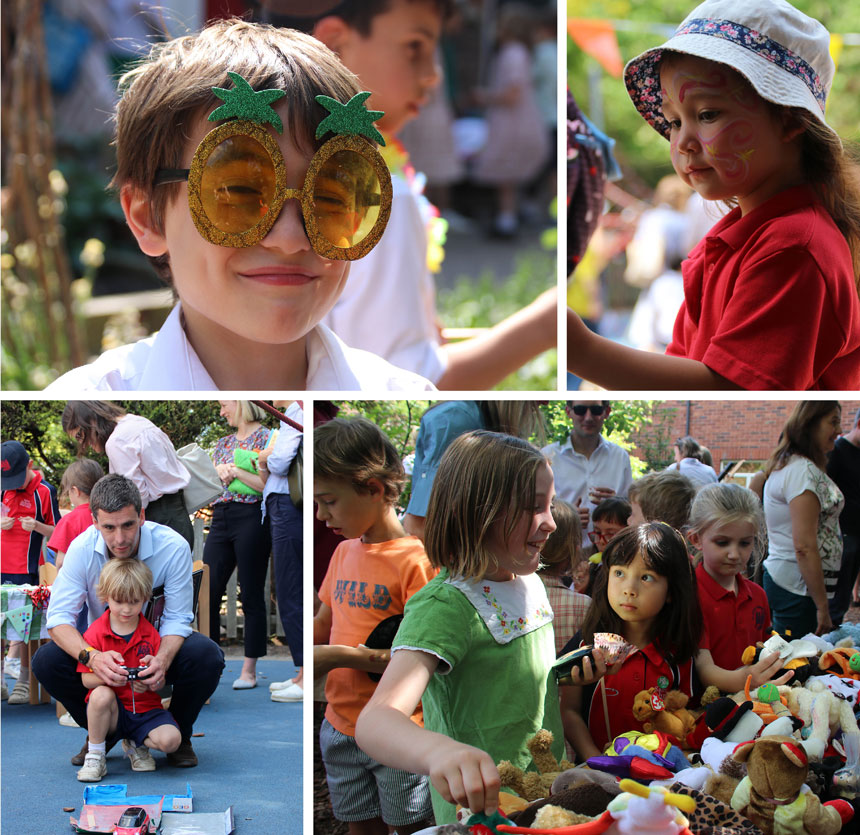 Form 2 ran their own stalls as part of their Enterprise Project and raised £419.28 The Enterprise week in the run-up to Summer Fair, involved planning and running a business in teams with the outcome being a stall, where the children had an opportunity to sell products to help raise money for the school’s charities. Each group had the task of preparing ideas for their stall in an initial business meeting. They also researched material costs and delegated responsibility and funds and had to work out any profits made. This links to their Form 2 Responsibilities Developments which have been ongoing throughout their last year in Byron House. 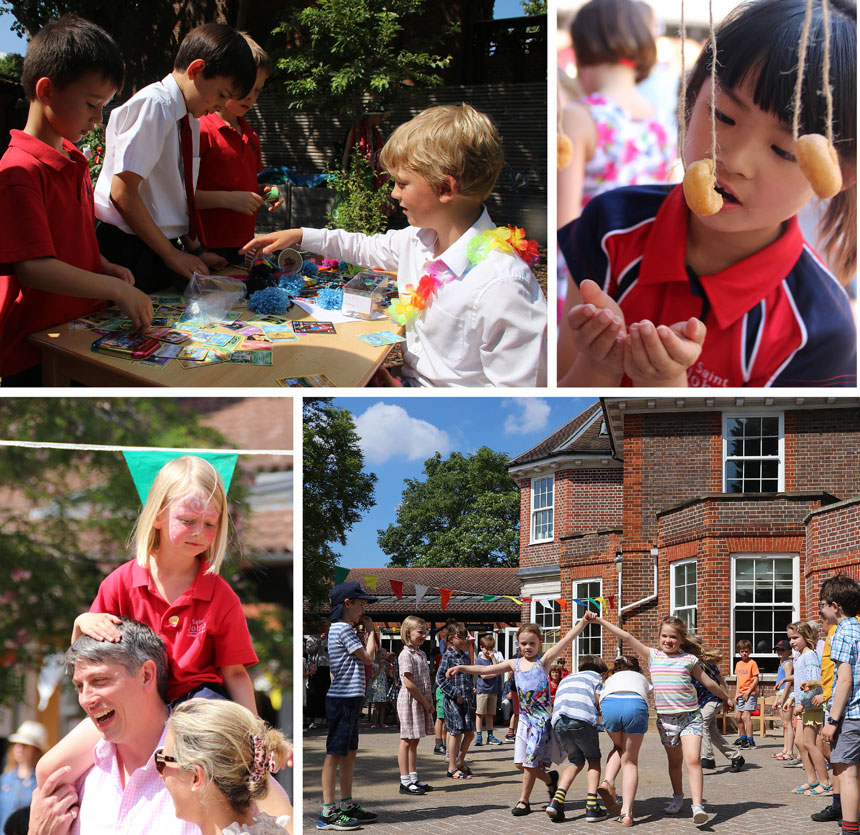