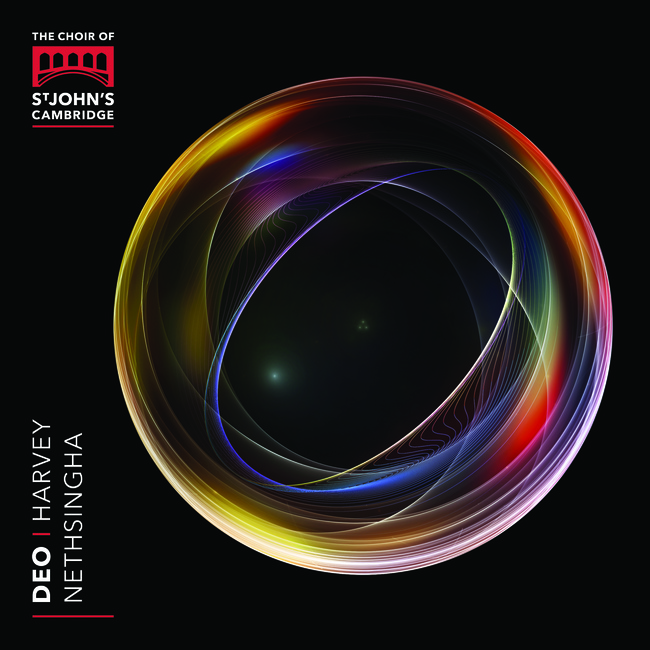 The Choir of St John’s College, Cambridge, has won a BBC Music Magazine Award for its recording of Deo, a collection of sacred works by the late composer and College Honorary Fellow, Jonathan Harvey.

It is the first time that a collegiate or cathedral choir has won the award for choral music at the prestigious ceremony. BBC Music Magazine is the world’s best-selling classical music monthly, and the awards are the only celebration of classical releases in which the winners in each of the main categories are chosen by the general public.

Deo was released in May last year, and was the first recording on the College’s new label, an imprint on Signum Classics. Jonathan Harvey, who died in 2012, was widely considered one of the most significant composers of his generation.

Harvey was also an undergraduate at St John’s and later became an Honorary Fellow. Two of the works that appear on the recording were written specifically for the choir of St John’s, which is regarded as one of the finest collegiate choirs in the world, and has a substantial international audience.

Andrew Nethsingha, Director of Music at St John’s College, said: “We are very proud and grateful to have received this prestigious award. We started working on the music in April 2009, so several generations of choristers and choral and organ students have been involved in the project. I am grateful to the singers and to organist Edward Picton-Turbervill for their wonderful music-making.”

“Jonathan Harvey was one of the greatest composers of his time, but some of his Church music is less well-known, perhaps because it is difficult to perform. While many contemporary composers are vigorous self-publicists, Jonathan was quite the reverse so it is particularly gratifying when his music is recognized in this way.”

Deo was recorded in five days in 2015 in the College’s 19th-Century Chapel and entered the classical charts at number 2 when it was released. It was among 21 nominees for the Awards ceremony (three in each of the event’s seven categories), taken from a long-list of more than 200 five-star recordings which had been released during the previous 12 months. The other two nominees for the Choral Award were ensembles from New York and Bergen.

The College’s recording has received extensive critical acclaim. The Observer called it “ecstatic” and “richly challenging”. The Financial Times described it as “varied and inspiring”. Gramophone magazine wrote: “The recording is outstanding on every count: remarkable and under-performed repertoire, beautifully performed and recorded.”

“Setting up the College’s own record label was a courageous move and it is very pleasing that the first disc has been so successful,” Nethsingha added. “I am grateful to colleagues and alumni who have been supportive and I hope that the label will go from strength to strength. The next release will be a recording by our star student violinist, Julia Hwang, in June.”

A Chapel Choir has existed at St John’s College since the 1670s. Today, it comprises 16 boy choristers (aged between 8 and 13), who attend St John’s College School nearby, and 15 Choral Students, who are usually undergraduates at the College. The Choir sings at around 200 College services each year, all of which are open to the public. The Choir also gives regular concerts. Venues in the past 12 months have included USA, Germany, France and Denmark. The coming year includes Hungary, Germany, Hong Kong and Singapore.

The Director of Music is always pleased to meet people interested in joining the choir: choir@joh.cam.ac.uk. For further information about both the Chapel and the Choir please visit the website: http://www.joh.cam.ac.uk/chapel_and_choir