The U11 Colts VII Boys' team had a fantastic day at the East Round Hockey Tournament Finals on 6 March. The team travelled to Gresham's School and played 6 group games with the winner of the group then playing the winner of the other group in a Final.

The boys faced Barnadiston Hall first and got off to a flying start in 15 minute games each way and won 2-0. With a speedy break in between, the boys' following match was against Stamford School and they worked well collaboratively to win 2-0. After a well-deserved rest our U11s played Chigwell, winning 2-1 before a tough contest against Bishop’s Stortford where the boys drew 1-1. Beeston Hall was next with a 0-2 loss meaning their final group game against Gresham's was all to play for and a 'must win' and the team won with a convincing score of 3-0.

Director of Sport, Mr Gareth McComb, commented, "All the boys were fantastic, they really applied what they had learning with our staff and hockey coach over the previous weeks, playing with width, getting off to a fast start and lots of work rate and energy in attack and defence. It was a real squad effort with all of them featuring in each game. The Final saw us meet local rivals the Perse Prep, who we played in the previous qualifiers to get to the Finals. A very closely fought Final with some terrific hockey from both school saw the Perse Prep beat us by a goal. The boys played some fantastic hockey and their resilience and perseverance throughout the day and team spirit was crucial to their success as well as their ability to apply the feedback and coaching they received." 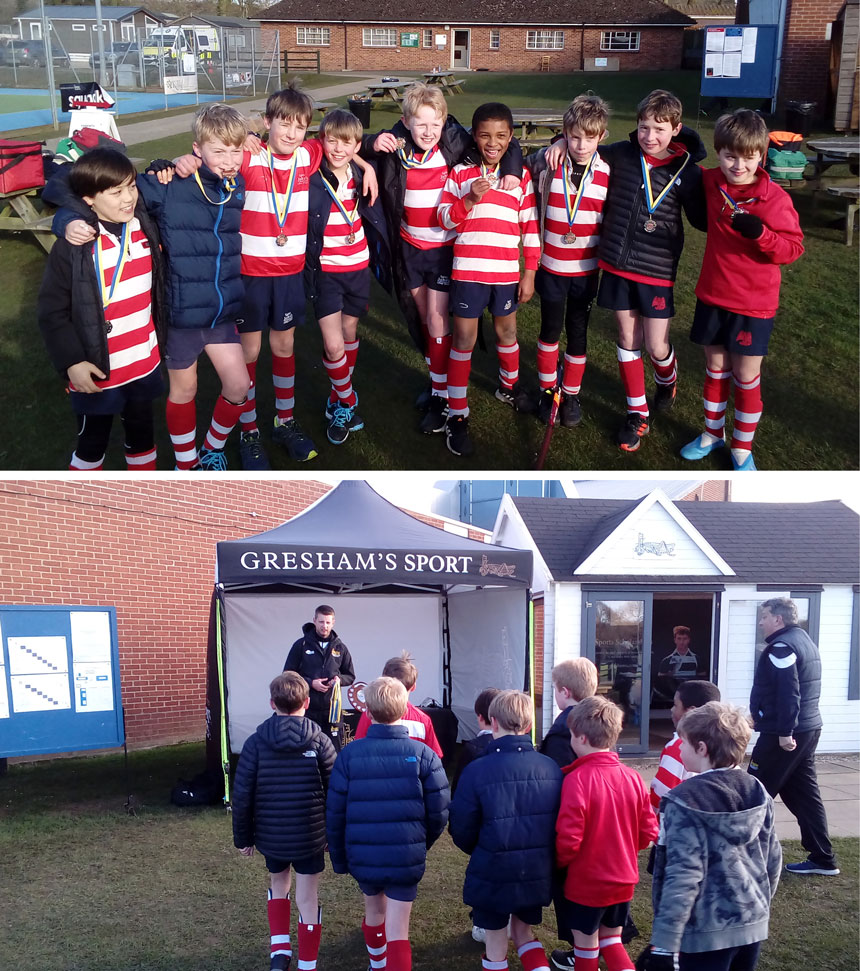