Form 1 experienced the world of ancient Rome with a Roman Day workshop. The children were transported back to Roman Britain with a recreation of life in the past including role-play, practical activities and hands-on experiences with Roman replica artefacts. The children were aptly dressed as Roman citizens, slaves or even barbarians! 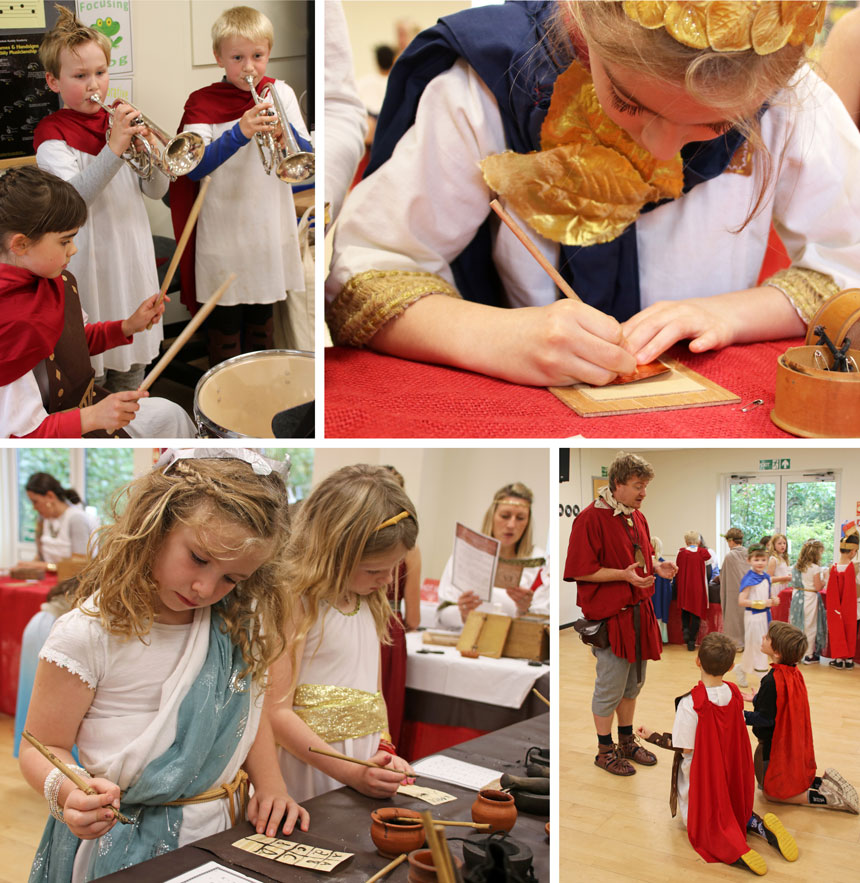 The Byron House Big Room became the villa near a Roman occupied town during the 60 AD Boudican revolt where the children were busy working as apprentices, learning, making and trading crafts whilst sharing all the latest gossip as Romano-Britons. The children all took the role of Roman citizens or slaves during the revolt and, from their villa, awaited the news of the outcome whilst discussing the events that led to this dangerous time in the history of Roman occupied Britain. One young Roman commented, “We had to find out the answers to question about the ‘gossip’ surrounding Boudicca which was fun as each adult Roman told us the answers and we worked out what might have been the truth.”  Another child explained, “The news arrived that Boudicca was winning important battles, including destroying Colchester, London, St Albans and the IX Legion’s infantry. We had to find out what would happen to the IX Legion? Would the fort be safe?” 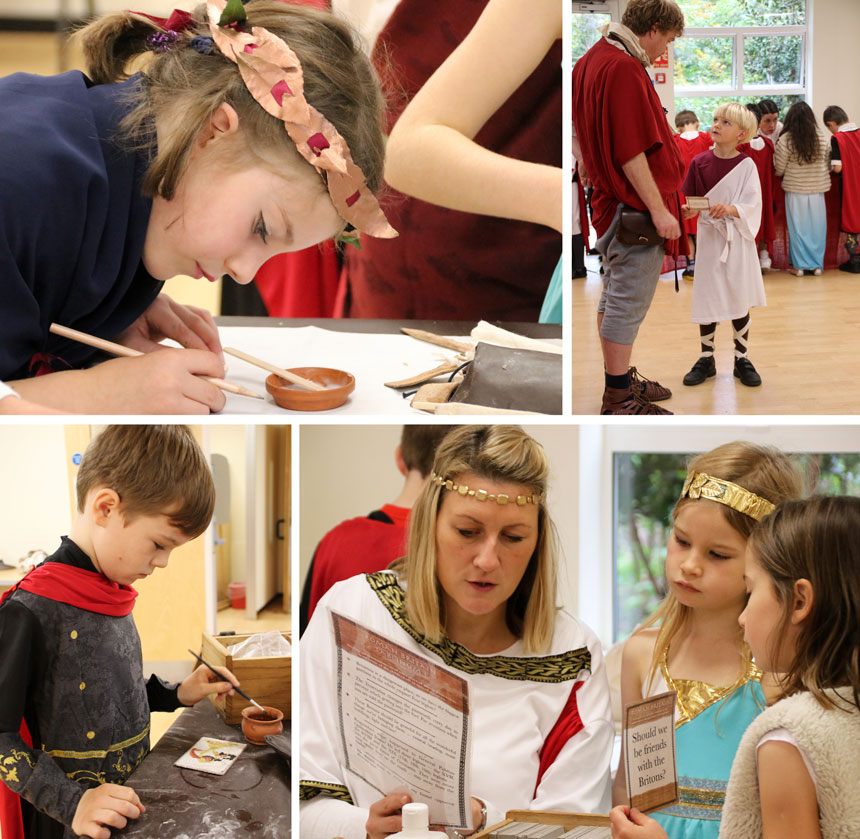 Form 1 Romans also had the chance to test oil lamps and make charm bags and fresco paintings. The children visited a typical beautician, potters, herbalists and jewellers too. The morning finished with a storytelling session. During the afternoon the children were asked by the Roman government to investigate the belongings of soldiers, civilians, Britons and slaves. They determined who the people were, what their role in the Rebellion might have been, and whether one of them may have been a Boudican spy! The afternoon allowed the children to handle a variety of high-quality reproductions while reinforcing what they learned about the Romans and the Boudican Rebellion in the morning. 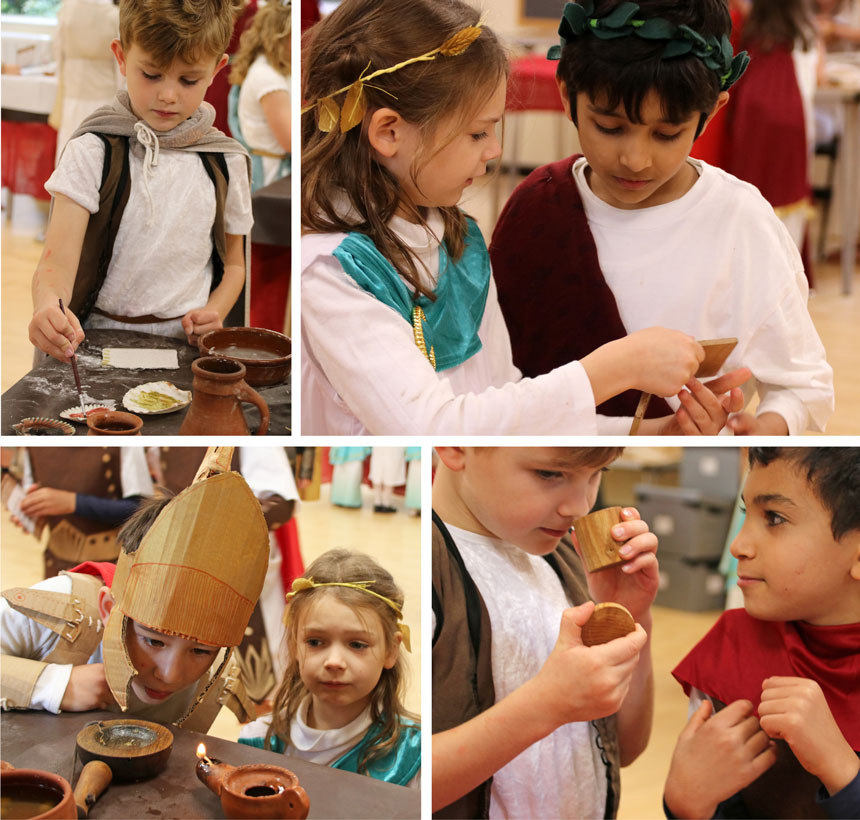