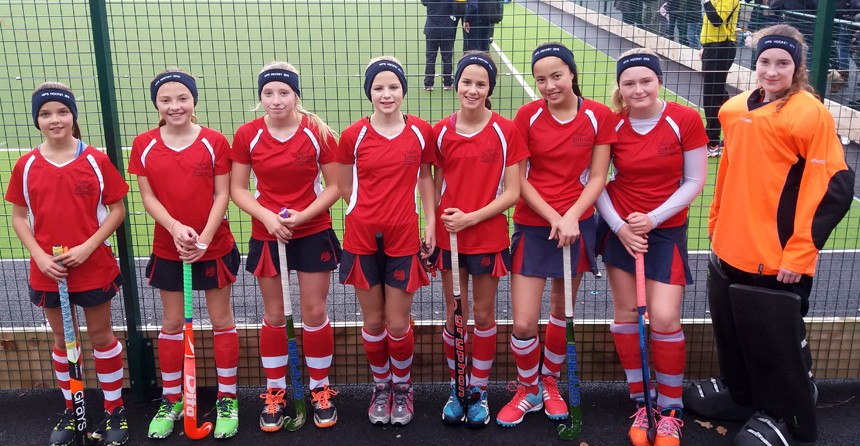 The Under 13s Girls’ Hockey team travelled to Millfield School in Somerset to take part in this year’s IAPS National Hockey Finals. 16 schools in total took part in the Finals and were divided into four groups. The SJCS team came second in their group and qualified for the main Cup competition. Head of Girls’ Sport, Mrs Nikki Taylor said, “After a tense golden goal the girls were delighted to leave the IAPS as the top 8 Prep schools in the Country for hockey.”

In the East Area Championships the SJCS team beat Felsted due to the girls’ fitness and work rate and they secured a well-deserved win and were delighted to leave as champions. In the Finals, the girls played Dumpton School and drew 1-1; Foremarke Hall where they also drew 1-1; and Eagle House which they won 2-0. This meant they came second in the group and qualified for the main Cup competition, playing Millfield on home turf. One of the girls commented, “It was a tense game but we worked well as a team and played some good hockey.” The team were awarded a penalty stroke in the first half but the game ended 1-1 resulting in extra time. Millfield were awarded a short corner and they scored, moving them into the Semis. Foremarke Hall went on to win the Nationals with Millfield second.

Mrs Taylor explained, “We went to the Nationals feeling that this was our best chance we have had to do well. We were competing with the top teams in the country but the girls were up to the challenge. It was a great experience and the girls showed great composure and superb attitude when handling the ball.”