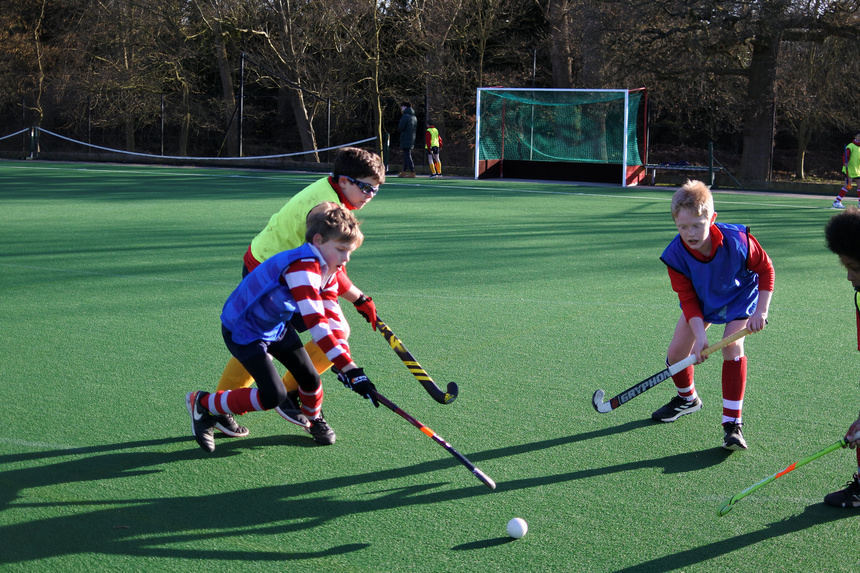 Form 4 boys took part in their Hockey House matches on the final Wednesday before half term and the Senior Girls also had their Netball House matches at the same time. As always the matches were close and the standard of play from all the pupils throughout the afternoon was terrific. Many of the results hung in the balance to the very end and the lead in games changed hand regularly.

On top of that it was fantastic to see the IAPS swimming trials being so well attended across two mornings with Mrs Gill prior to the Swimming Gala with St Faith's on 11 February and the IAPS Swimming shortly after half term.

Well done to two of our cross country runners who finished off their Cross Country season at the The Anglian Schools Cross Country Championships in Boston on 1 February. Head of Games, Mr McComb stated,  "We are extremely proud of their efforts and success to get through to this stage and compete at such a high standard too."

The U13 1st VII boys’ hockey team were crowned County champions on 29 January 2020 after taking part in the Cambridgeshire County Hockey Tournament at Wilberforce road. The team have now qualified for the Regional round, due to take place on 12 March.

The 1st VII have presented great promise since the start of the hockey season and, in such a short period of time, have shown commitment as a team in all their training sessions. Their focus has been to develop shape and tactical understanding in order to enable them to utilise their skills more effectively during match play. Their hard work came together at the County Tournament as they looked purposeful alongside the other nine entered teams. The captain led from the front throughout and scored a well-taken goal to beat the Perse Upper 1-0 in a crucial opening game. The goals flowed in the other group matches against Kimbolton and Joyce Frankland Academy, leaving the boys top of their group.

The team showed great maturity as they rotated on and off the pitch, ensuring their legs remained fresh, with the ten minutes each way matches. A 0-0 draw against St Faith’s and a 4-0 win against the Stephen Perse Foundation left the boys top on goal difference, having not conceded a goal all day. 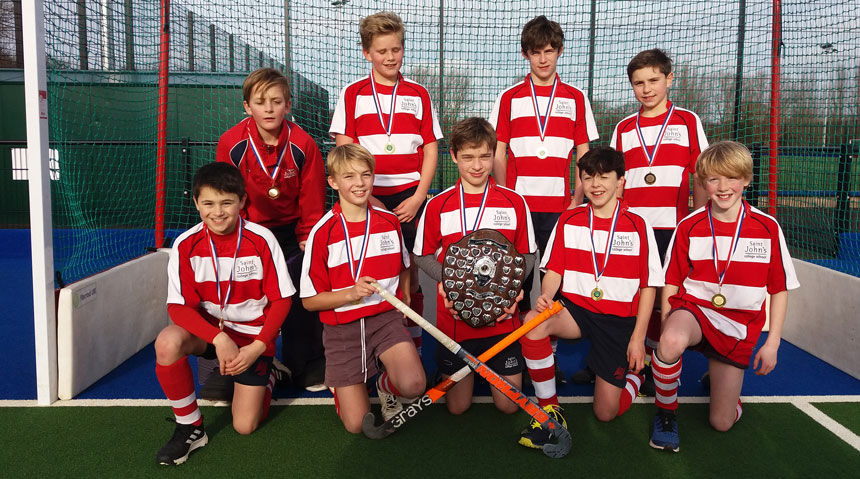 As County Champions, the boys have now qualified for the Regional Round, due to take place on Thursday 12 March. There is no doubt that in Assistant Director of Sport, Mr David Millward’s first tournament with St John’s, he was exceptionally impressed, commenting on how well the boys had acquitted themselves throughout the day, “They believed in themselves from the outset, played good looking hockey throughout and remained tough when they needed to. They will be motivated to train even harder in the build-up to the Regionals.” 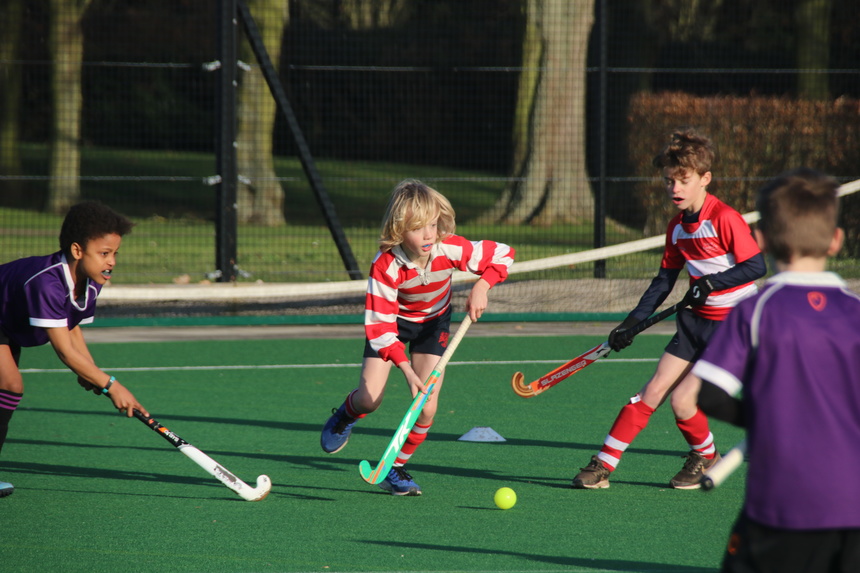 All the children in Form 2 benefited from some Under 9's training games for Netball and Hockey during their Games lesson on 21 January. The games involved pupils from the Perse Prep and, as Mr McComb remarked, "The pupils' response has been fantastic and they thoroughly enjoyed this experience, listened well and acted upon advice given and showed tremendous team spirit. It was fantastic to see all the F2 involved out on the astro and netball courts at the same time on Tuesday." 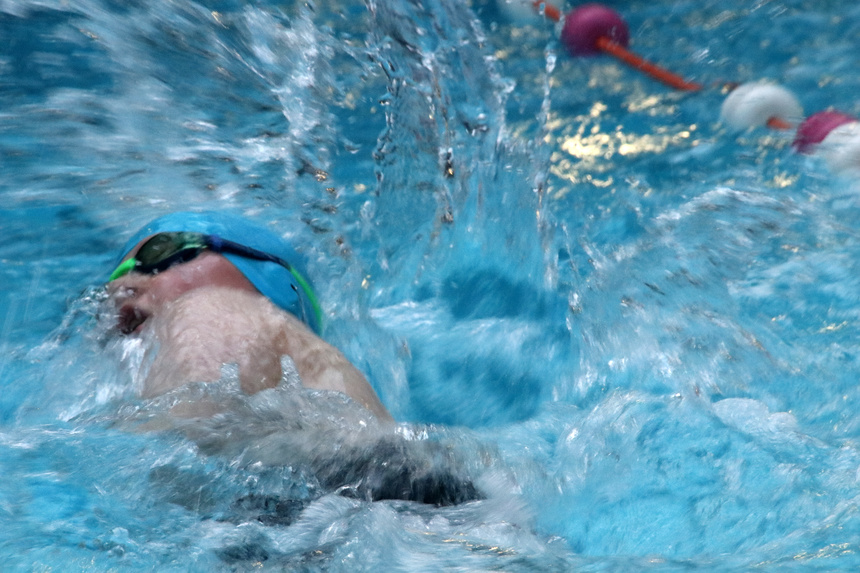 This term's House swimming galas kicked off with Form 4 and Form 5 boys during the first full week of the term. A new format is being trialled this year to increase the number of races that pupils take part in, which started with the children being encouraged to take the initiative and sign up themselves via a Google form in order to give them the opportunity to choose which strokes they would like to swim in. The swimming gala afternoon ran smoothly and allowed every pupil to race in two individual races and a relay for their House. It was made even more streamlined and efficient with the introduction of new swimming caps with a different colour for each House, making the result recording far quicker and more obvious. The results for these galas, Form 5: 1st Gunning, 2nd Fisher, 3rd Beaufort and 4th Sandys and Form 4: 1st Beaufort, 2nd Fisher, 3rd Gunning and 4th Sandys.

U11 & U13 Hockey and Netball Matches vs. Culford School 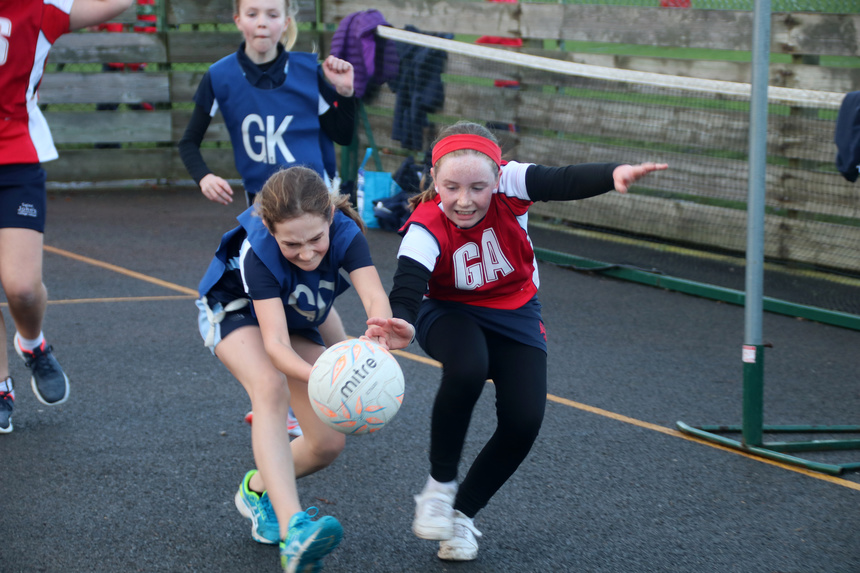 It has been a really positive sporting start to the Lent term. Forms 4 to 6 played Culford School in hockey and netball this Wednesday and it was encouraging to hear that the athleticism shown from our pupils was noticeable. Director of Sport, Mr McComb, commented, "One area we are focusing on more in Games lessons this year is putting greater emphasis on fitness and we have already seen the benefits of this towards the end of Michaelmas term and are sure this will be of benefit to all the pupils throughout the remainder of the year." The squash and fives pupils have started their games sessions at the University Sports Centre and are thoroughly enjoying the opportunity to do something different to the usual games options of hockey and netball this term. Mr Hawkins put the rowers through their capsize drill yesterday for workout on the river in future weeks. 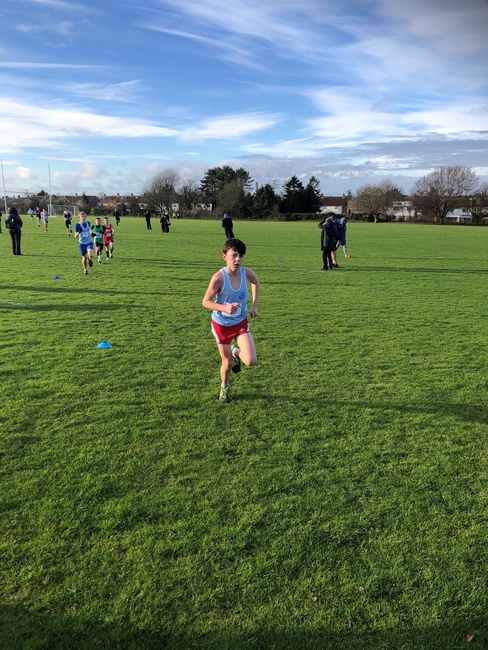 The Michaelmas term culminated in 8 pupils attending the District Schools Cross Country at Netherhall School. Director of Sport, Mr McComb explained, "Our pupils ran superbly well on a cold morning and I am very proud of all their efforts and enthusiasm for entering this event." A St John's Year 8 pupil  came 6th in the Year 8 & 9 Boys' race and a Year 7 pupil finished 12th in the Year 7 Girls' race, meaning they both qualified for the next round and represented the Cambridge District in the Cambridgeshire County Schools Cross Country at Netherhall School on 12 January. Mr McComb commented that, "They both ran superbly and finished 9th and 11th respectively putting them through to the Anglian Schools' Cross Country Championships in February at Witham Way Country Park in Boston." 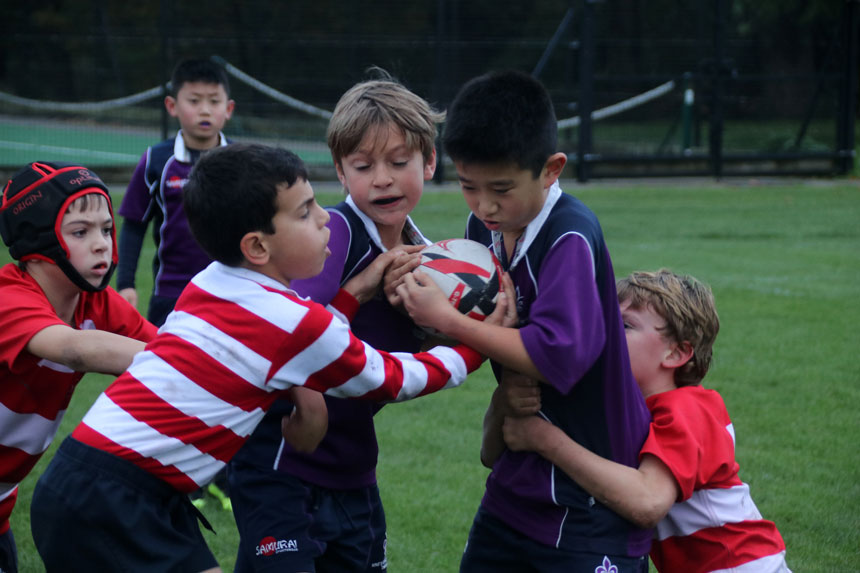 Our U10 As, Bs and Cs VII all enjoyed great hockey matches at the end of last week aginats Perse Prep. The girls played excellent hockey and it was great to see the progress they have made this term with their skills being applied to match situations. The biggest introduction this week was the introduction of the girls doing penalty corners and using the face masks in goal. They have practised them in lessons, but this was the first time they were put to the test!

Also at home, the U10 As, Bs and Cs VIII had brilliant performances  for their first rugby matches of the term against King's College School. There was lots of determination on display plus some wonderful tries scored.

U13 Hockey Festival at St John's 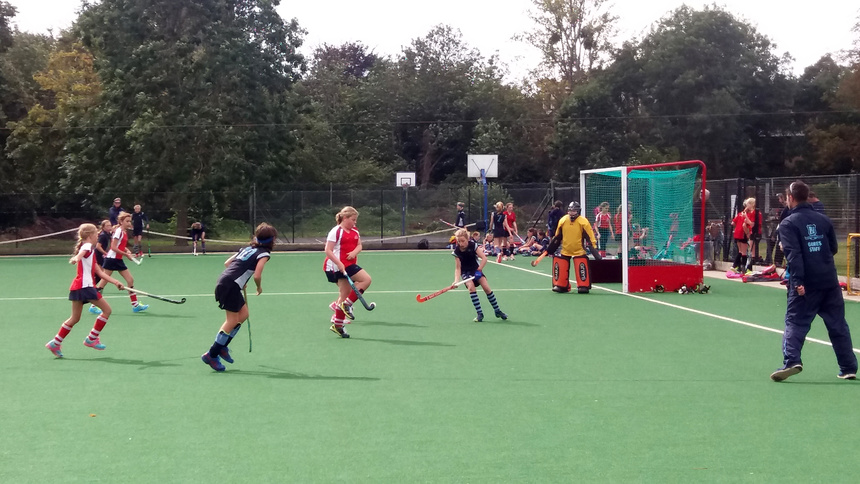 On 7 September St John's hosted a pre-season Hockey festival on the astro in preparation for the season ahead. Three U13 Girls' teams took part from St John's, as well as teams from The Perse Upper and St Faith's. Beeston Hall also fielded three teams as part of their hockey tour.

Mrs Taylor commented, "It was a fantastic way to bring our teams together, both mentally and physically, before the start of their new season and to develop communication and training skills in a fun environment before our matches start this week against King's Ely for our U11 and U13 teams."