BBC News Technology Correspondent Rory Cellan-Jones and his production team spent the morning at St John’s filming a computer programming lesson with a group of Form 4 children. The workshop was aired throughout the day on 8th October on BBC News to celebrate the manufacture of the millionth Raspberry Pi, an inexpensive pocket-sized stand-alone computer to which a screen, keyboard and mouse can be connected. 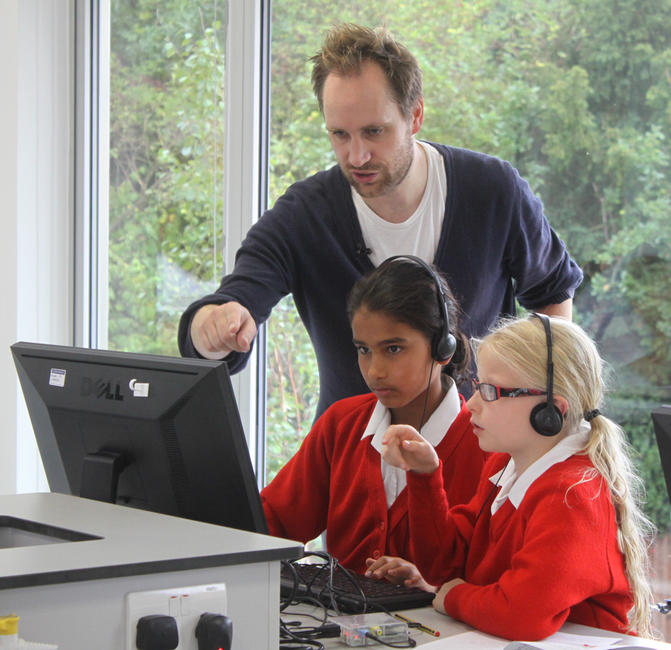 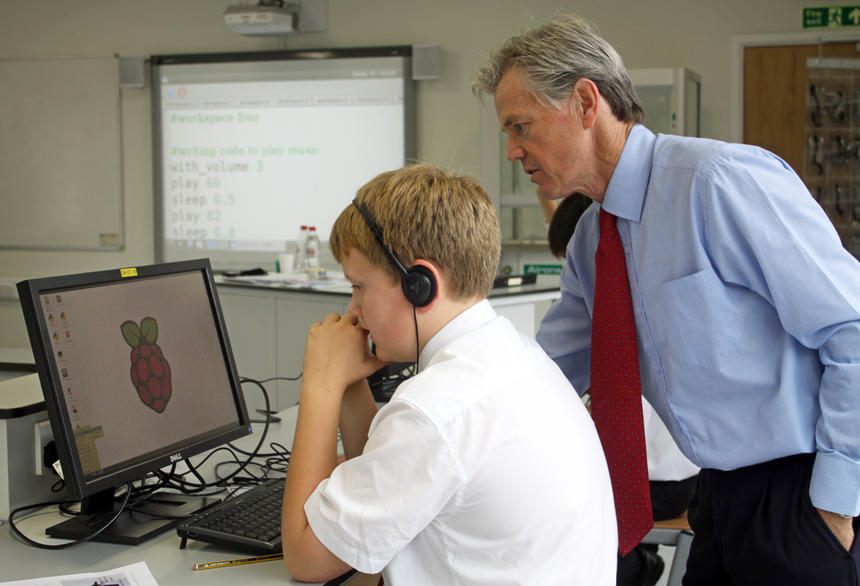 Now 18 months old, the Raspberry Pi is the inspiration of Eben Upton and his colleagues at the University of Cambridge Computer Laboratory. They had become increasingly worried by the year on year decline in the number of suitably qualified applicants to the university to study Computer Science. Their original aim was to create a computer that would encourage school children to develop their computer science and programming skills and interest has now spread to a wide range of sectors. 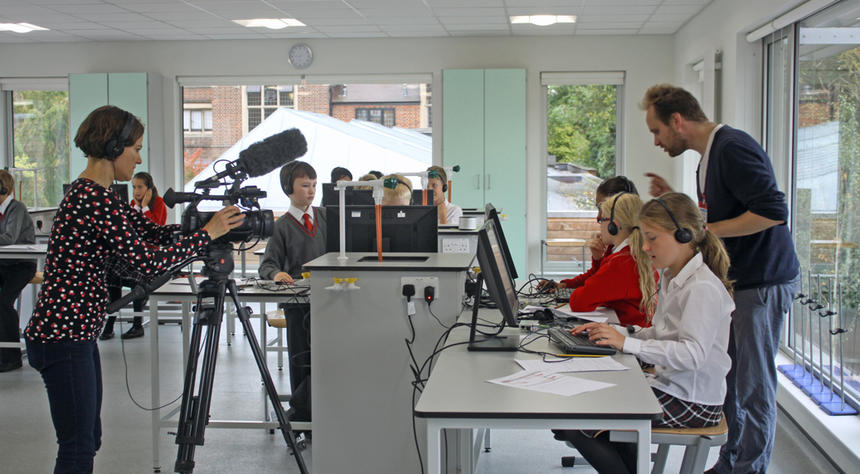 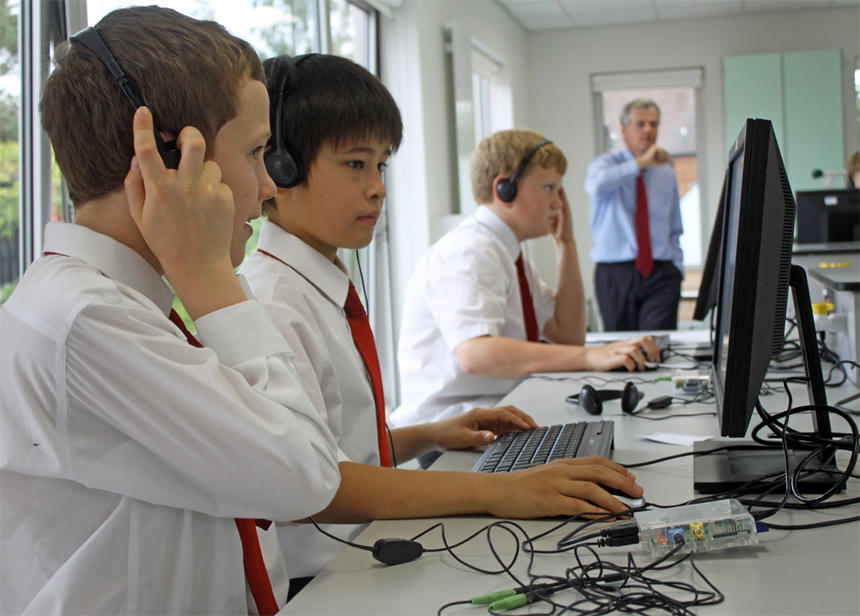 Dr Sam Aaron, University of Cambridge Computer Laboratory Research Associate on the Raspberry Pi team, visited to teach the children how to programme the Raspberry Pi computer using ‘Sonic Pi’, a live coding environment he created for children to create sounds through programming. During the workshop, the children had first-hand experience of using this tiny educational computer to make music. One 4th Former explained, “This has made me want to learn more about how to use this device to code. Programming the music was great fun.”