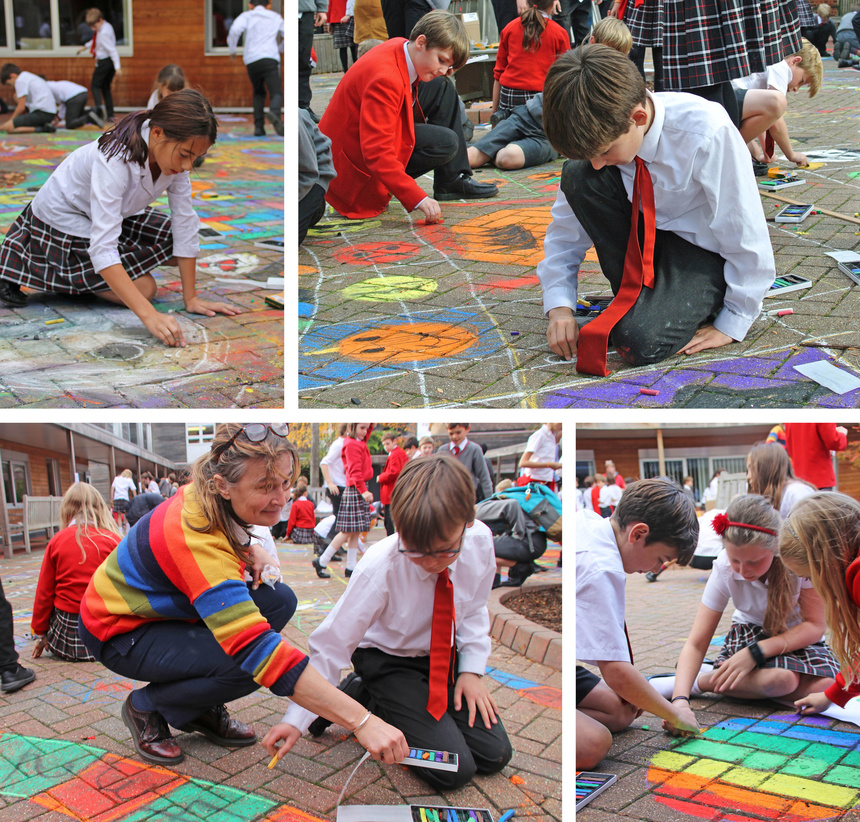 The Piazza was transformed into a multi-coloured rainbow of different playground designs on 18 October as all the children in Senior House embraced The Big Draw challenge. “The Big Draw Festival 2018 is all about letting loose, embracing happy accidents, discovery, and most importantly having fun with your weird and wonderful materials of choice!” (The Big Draw – www.thebigdraw.org)

The Big Draw takes place annually from 1-31 October and is the world’s biggest drawing festival. This year The Big Draw celebrated the power of play and its role in creativity. 1000 events were organised in 25 countries with 400,000 people.

Each class began by planning their mural playground game on paper using pencils and pens. They thought of different ideas such as variations on the classics such as Hop Scotch, Snakes and Ladders and Snail Hopping. Some classes decided on their game by holding a vote. Themes included outer space, pirates, or Cambridge, for example, with the aim to create as much of a visual impact as possible. As well as being a game, another aim was for the children’s drawing to work as a mural with bright colours, lots of interesting things to look at and to catch the eye. Mrs Samantha Downer, Head of Art, explained, “The visual impact was as important as the game aspect.” 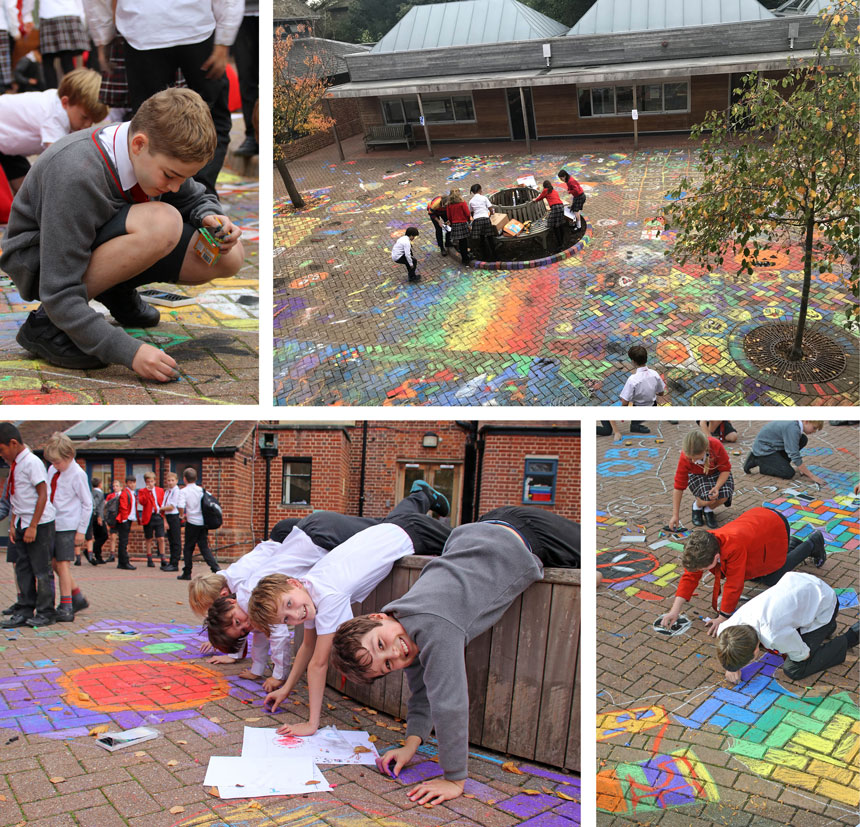 When each class had completed their plan they ventured to their assigned area on the Piazza floor to work on collaboratively, translating their designs on to the floor using chalk and pastel in a hue of rainbow colours. The children altered and adapted their designs as their work progressed. Mrs Downer commented, “The important thing was for the design to be playful and decorative and also for the children to have thought about the possibility of linking their game to the next class’ game by meeting at the edges of the space.”