Form 2 experienced life in Ancient Egypt as Byron House Big Room was transformed into an Ancient Egyptian market, where the children had the opportunity to make many Egyptian artefacts and experience skills used in the era. 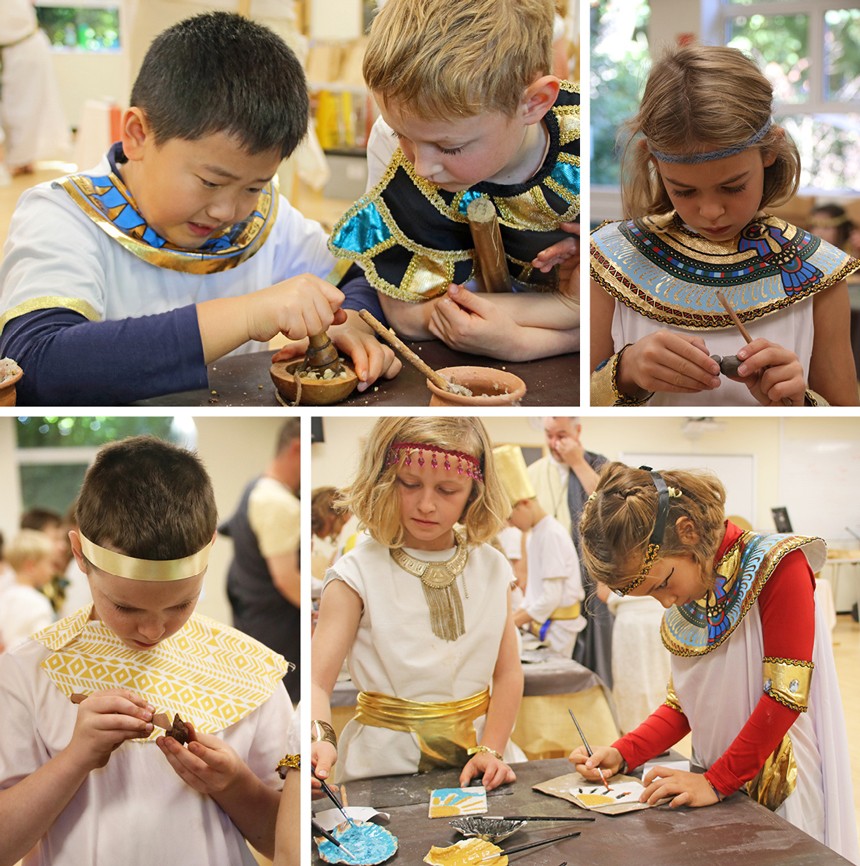 The young Egyptians got to practise mummification, bread making, making scented cones, hieroglyphic writing on papyrus, making canopic jars and dream beads, carving scarab beetles and making their own oil lamps using olives as fuel. One Form 2 explained, “I loved the feast and the stall where you could make your own ink and write your name in hieroglyphs.” Another commented, “It was a chance to learn new facts about the Egyptians and to experience the Egyptians’ lifestyle.”

The market was a very lively place with guards being chosen and trained, rats infesting the market place and so much gossip being whispered all around. The Queen went around approving or, on occasions, disapproving the children’s creations. In the afternoon the Royal Court was set up and the food was prepared for the banquet. The children were given roles and tasks to complete which they executed with vigour. Dances and plays were performed whilst the banquet was served by the slaves. There was also a trial for the accused, where the pharaoh reached the verdict of guilty and the accused was taken away for punishment. 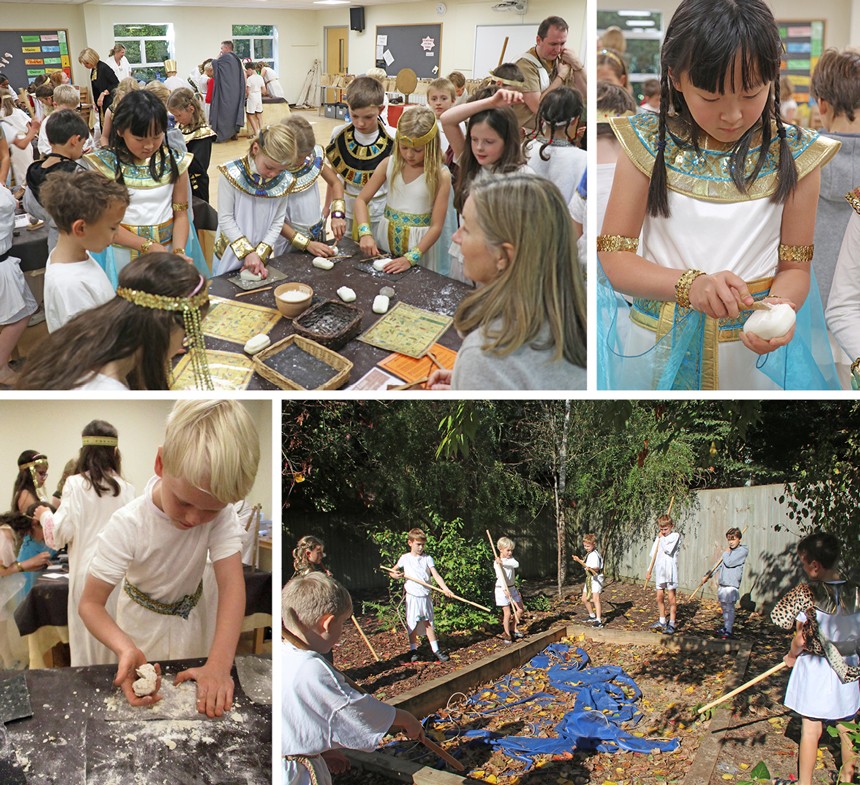