As part of their remote learning art sessions, children in Senior House embarked on a 'Painting from Poetry' project. Form 3 and 4 studied Ted Hughes' poem, The Horses, and the older two year groups responded to The Lonely Scarecrow by James Kirkup. The children illustrated a particular line from the poem or its entirety and built up slowly with shapes and colours, patterns and textures. When responding, they were inspired to use images and colours that unfurled in their minds, rather than rely on the interpretations of others. 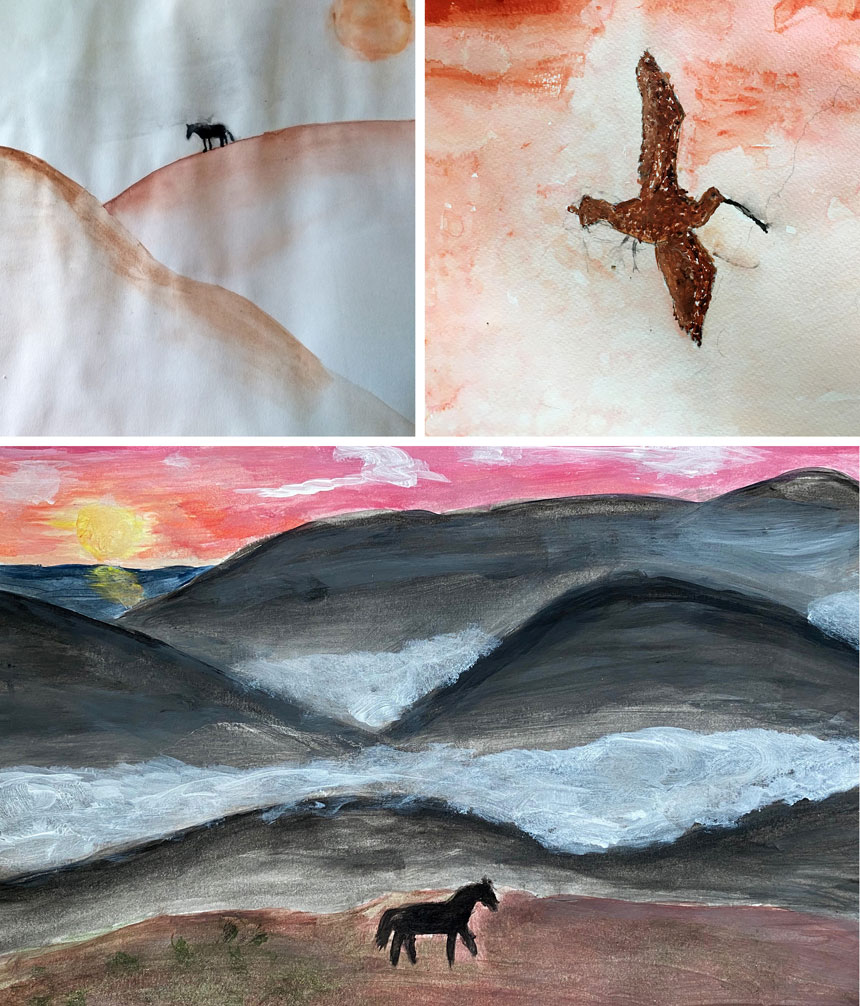 The children were encouraged to take time to enjoy the sounds of the words and the images they conjured up in their minds. They could either read the poem themselves or click on a link to hear the poem read aloud if they preferred. Head of Art, Mrs Sam Downer, explained, "There were no right or wrongs with the responding to poetry projects but the children were asked to spend around one hour either building up one initial image or a series of images before creating their final piece in whatever media they wished." The range of media included, watercolours, pastels, felt tip pens watered to create a painterly effect, pencils and charcoals and with some children venturing into creating three-dimensional sculptures using recycled materials to make a collage effect and even using natural objects from their garden. One Form 5 child enthused, "It was really helpful to have the stimulus of the poem to initiate ideas and to have the suggestion to let the pictures float into your mind before starting the artwork. It allowed a good sense of freedom and everyone's responses were unique."