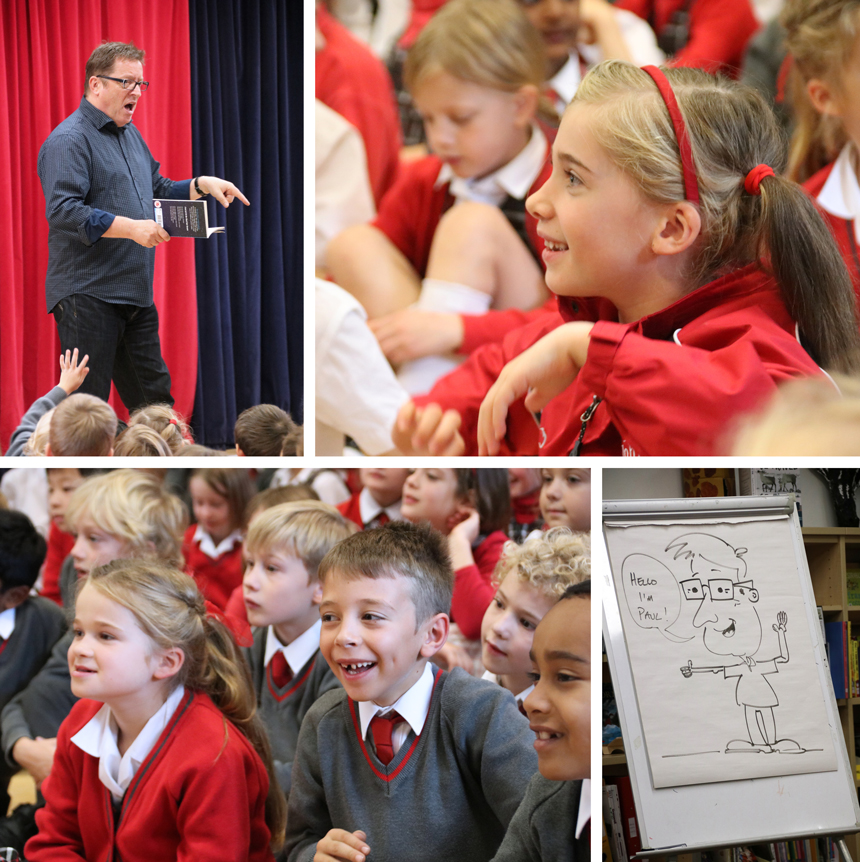 In the run-up to national Poetry Day at the start of October the whole of Byron House was treated to a fabulous Assembly led by acclaimed children’s poet, Paul Cookson. None of the children could resist joining in with the catchy rhythms and repeating lines in his amusing poems. Although he does not describe himself as a musician, he brought his poems to life by putting them to music played on his electric ukulele while encouraging plenty of audience participation. The children were given an insight into the works of the poet as he spent time sharing his top creativity tips.

With over sixty titles to his name, the poet has sold well over three quarters of a million books and his poems appear in over two hundred other books. His best known collections include The Poetry Store, Pants on Fire, The Truth About Teachers, I’d Rather Be A Footballer, Give Us A Goal , Spill The Beans, The Truth About Parents, The World At Our Feet and It’s Behind You! Paul has worked as a poet since 1989 and since then has visited thousands of schools and performed to hundreds of thousands of pupils and staff. 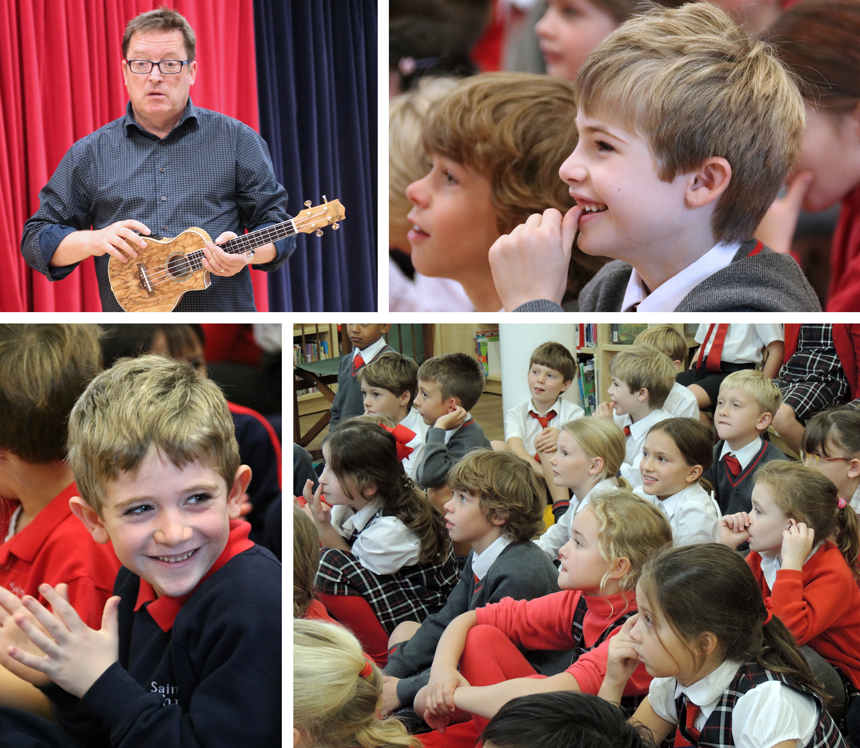 Later in the morning Paul worked with T2 to F2 to help inspire them to write some poetry of their own and everyone was encouraged to ‘have a go’ for themselves. Paul worked with each of the groups of children to devise a framework to enable poetry to be readily accessible. He encouraged them to get as involved with his poetry as possible as he performed, sold and signed books to help encourage an interest in reading, poetry and books. Byron House Librarian, Mrs Julia Clarke, said, “Paul said that writing poetry is all about the ‘best words in the best order’ and I noticed a real buzz of poetry around Byron House after Paul’s visit. Children were reciting poetry everywhere and they are all looking at the poetry books in the library.”

A child in Form 1 explained, “The poet was really creative with his poems, using all his imagination and getting ideas from everyone.” And another commented, “I loved the way he put lots of expression in his poems. He inspired me to write my own poems at home. I loved his poem ‘Crazy at the Zoo.’” 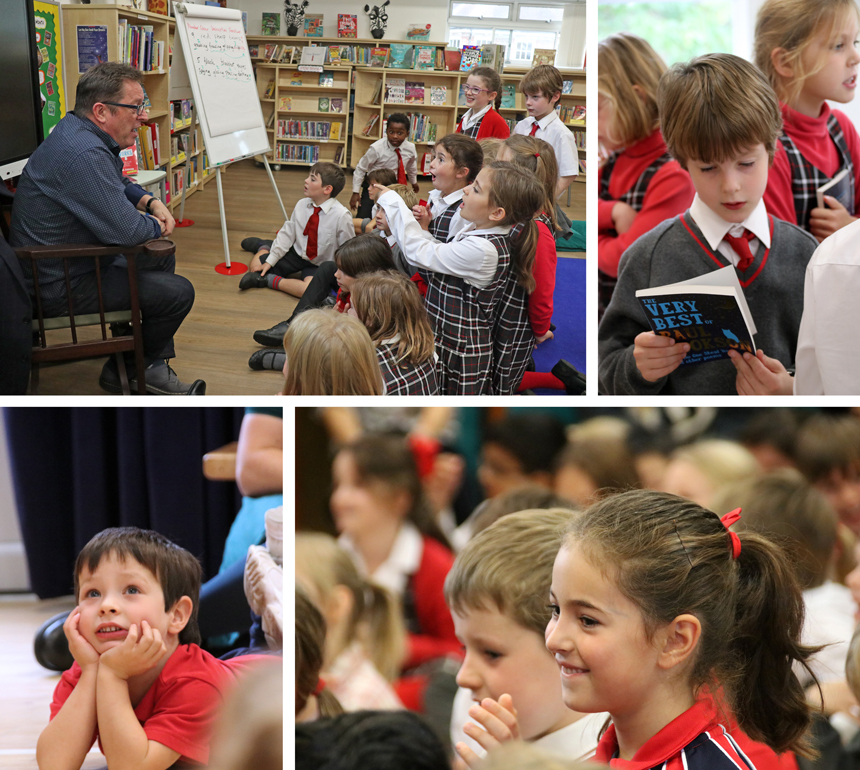