Several St John's pupils joined the Global Climate Youth Strike in Cambridge on 20 September as part of the week of global action. Those children involved were encouraged to write to Headmaster, Mr Chippington, outlining their own reasons why they felt strongly about taking part in the march. All pupils were accompanied by one or both of their parents. 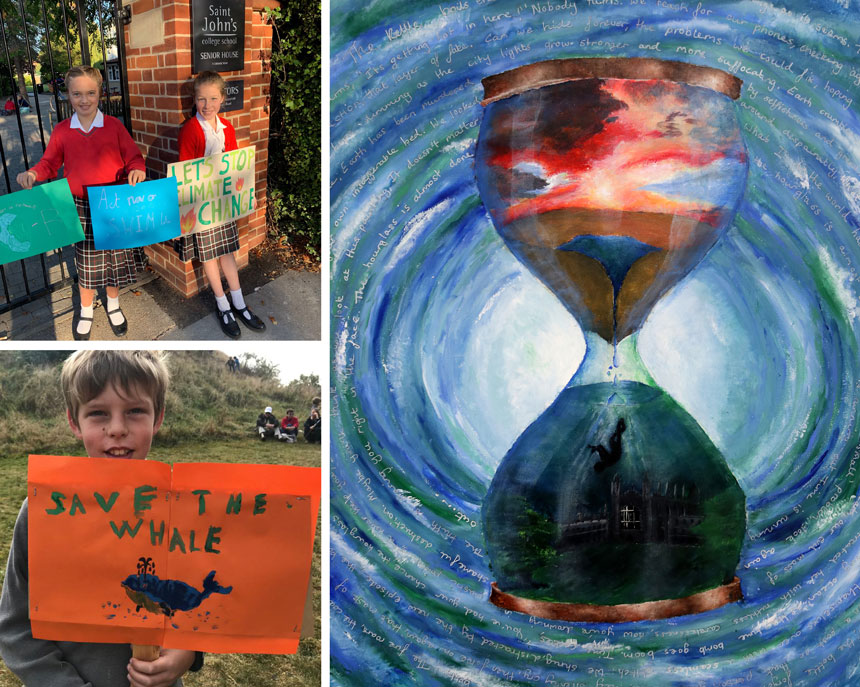 Other environmentally conscious children decided to raise awareness of the dangers of climate change outside the school gates with a display of homemade banners. One Form 4 child who took part explained, "We protested outside school and other pupils joined us, chanting 'There's no planet B, ' Act now or swim later' and 'Let's stop climate change'. We were inspired by Greta Thunberg and last year's Form 6 Eco Committee. We didn't want to miss school for the strike but we wanted to raise more awareness at St John's and make an impact in Cambridge." Some St John's children also attended the rally which took place every evening from 20 – 27 September on King’s Parade, which fell outside school time, to show their support. One of the pupils who joined the march commented, "I decided to go on the strike because I feel the government aren’t taking enough action and I'm hoping, by doing the march, it will persuade the government and others to take action. We got interviewed by a local radio station who asked us why we were doing the march, I responded in a short sharp way to get the message across, “The time to act is now!". 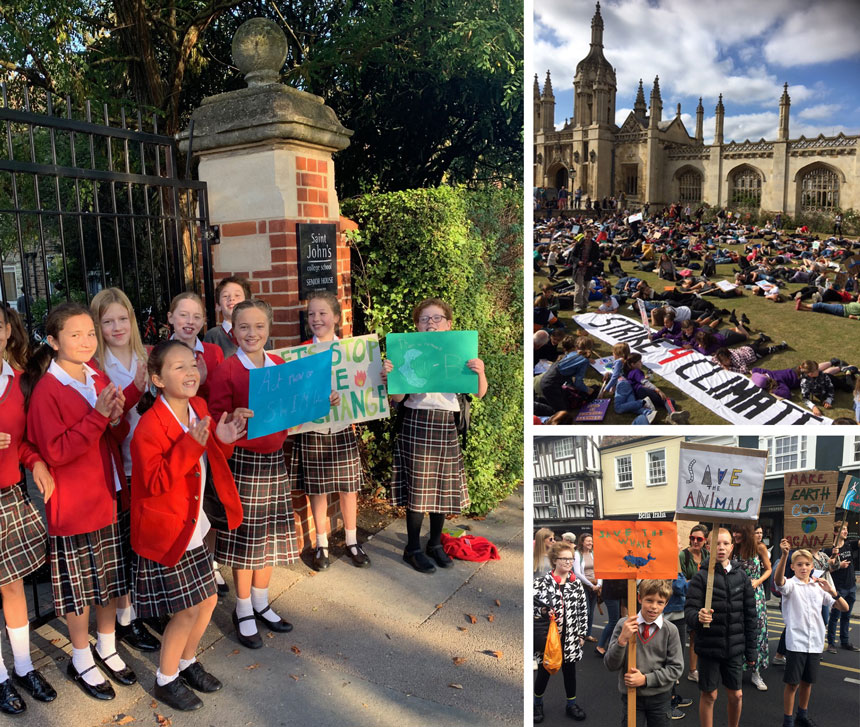 Headmaster, Mr Chippington, explained, "There is a great deal the school is doing to promote sustainability and grow awareness among the children about climate change. A group of Form 6 girls last year undertook some excellent initiatives including presenting assemblies on matters such as single use plastics and carbon emissions. Deputy Head, Mr David Palmer, and other staff members are encouraging the continuation of this work and there is a stunning work of art by Polly Casey (Form 6) which is a wonderful example of the children’s engagement with this issue."