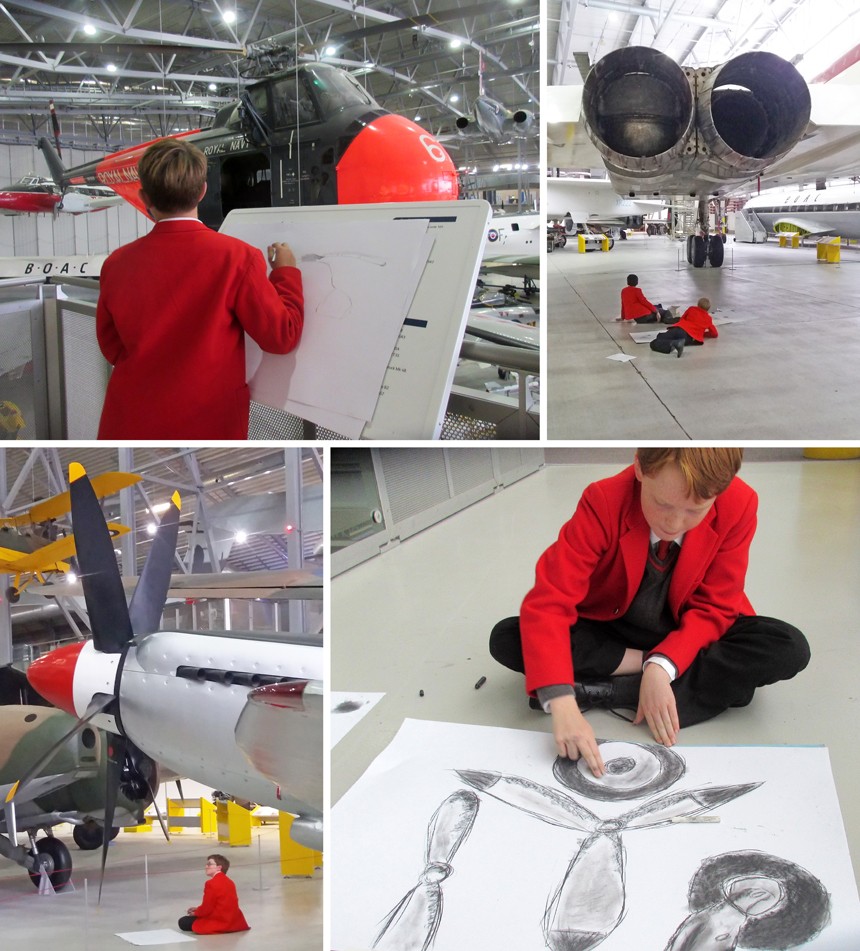 On Thursday 15 September the whole of Form 6 spent the afternoon at the Imperial War Museum Duxford as part of their combined Art and English studies on World War One.  Duxford is set within the spacious grounds of the famous former First and Second World War airfield and the trip allowed the children the time to wander through the hangars, which contain many of the world’s most iconic aircraft.

The trip encouraged the pupils to spend the whole afternoon being inspired by the exhibits, and to focus on the diverse colours, shapes and forms on display. The pupils worked hard, drawing in many different styles, and careful recording was made to capture all that they saw. One child commented, “We could choose between the themes of flight, ‘Private Peaceful’ and World War One and architecture. We also looked at the negative spaces of the exhibits and thought about composition, texture and tone and shadow too.”

Form 6 will use this fantastic source material during this term’s Art project themed ‘War, Speed, Flight’ and in connection with their English studies on the Michael Morpurgo book, ‘Private Peaceful’. Another Form 6 child explained, “Since getting back to school we have all been working on developing our projects and I have focused on etching a huge propeller I saw at Duxford. It is good to have the freedom to extend our ideas the way we want.”