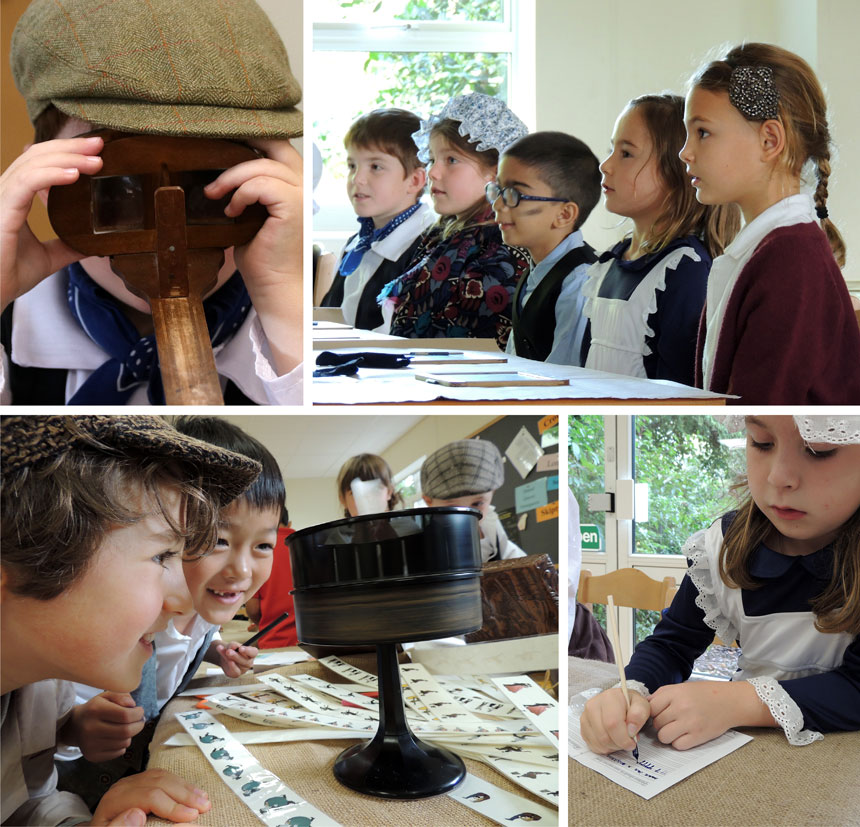 T2s were transported back to June 1897 and the reign of Queen Victoria via the drama-based presentations and workshops delivered by ‘History Off the Page’. This truly cross-curricular experience coincided with their classroom study of the Victorian era and the children experienced a range of sources including documents, artefacts, pictures and music, to bring to life this colourful period in history. 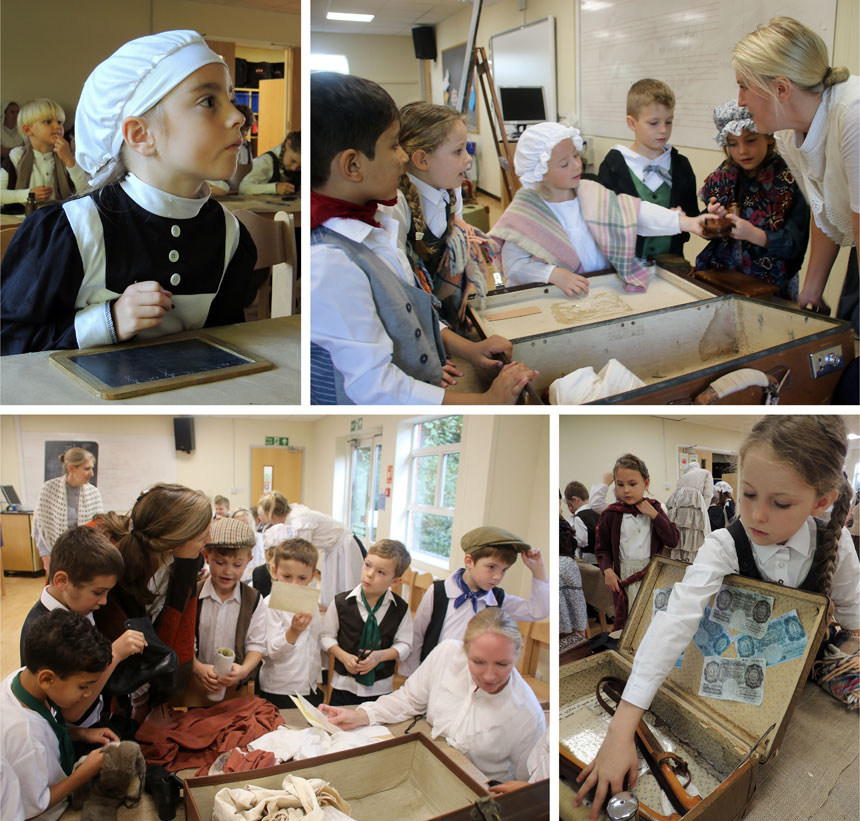 Dressed head to toe in authentic outfits, the T2s were treated to hands-on activities and practical learning through storytelling and role-play. During the morning, the Big Room was transported into a Victorian classrooms and the children heard about the Jubilee in the context of Queen Victoria’s reign and the Empire. One T2 explained, “It was fun writing with ink and the slates in the Victorian classroom but the teacher was a bit strict and she checked to see if our hands were clean and, if not, we had to wash our hands thoroughly!” 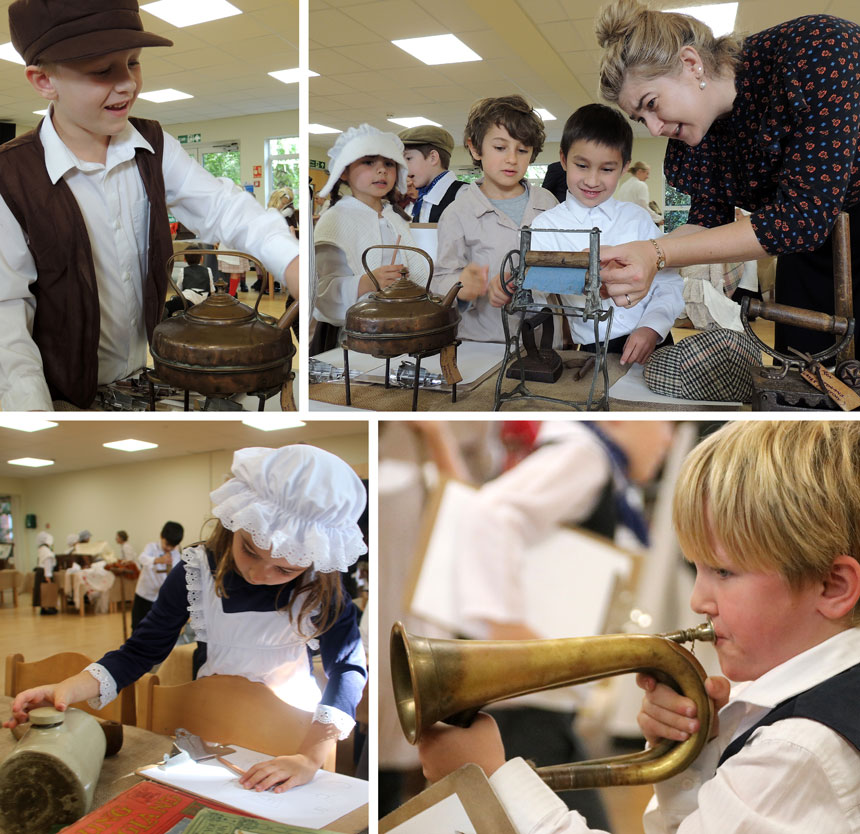 A travelling museum was set up and the children had the chance to explore suitcases and artefacts using historical detective skills. Each suitcase was themed and contained a large number of genuine artefacts for the children to study hands-on. The T2s also enjoyed recreating their own ‘The Great Exhibition of 1851’ where they designed and created their own inventions, similar to those produced during the Victorian era. The children learnt that the Great Exhibition took place in London and was the first in a series of World Fairs that became popular in the 19th century. This much anticipated event was organised by Henry Cole and Prince Albert, husband of the reigning monarch, Queen Victoria and was attended by famous people of the time.