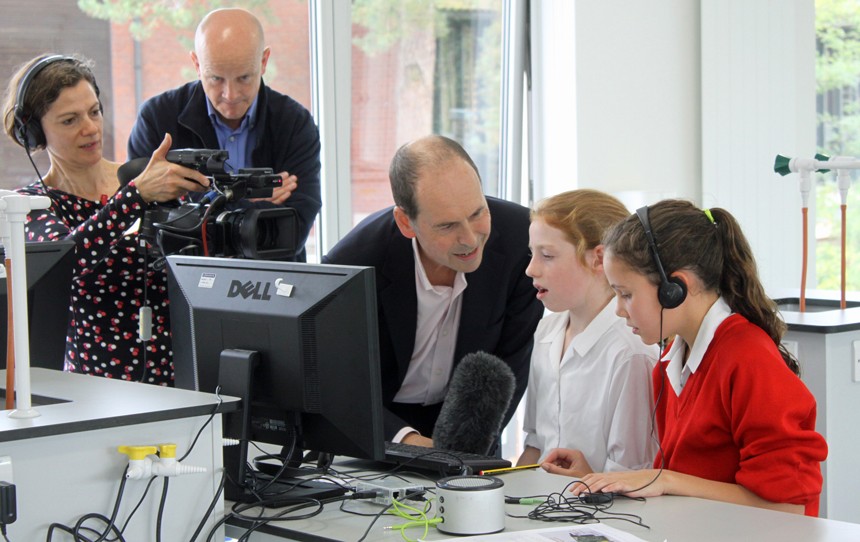 As a result of this work, BBC News Technology Correspondent Mr Rory Cellan-Jones and his production team spent the morning at St John’s filming a computer programming lesson with a group of Form 4 children. The workshop was aired throughout the day on 8th October 2013 on BBC News to celebrate the manufacture of the millionth Raspberry Pi. Dr Sam Aaron, University of Cambridge Computer Laboratory Research Associate on the Raspberry Pi team, visited to teach the children how to programme the Raspberry Pi computer using ‘Sonic Pi’, a live coding environment he created for children to create sounds through programming.