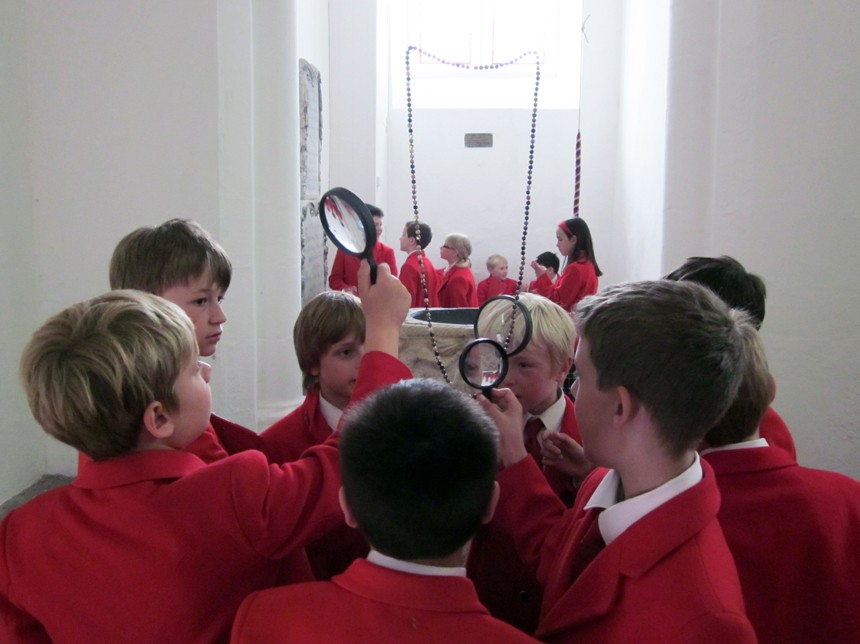 At the heart of the Religious Studies curriculum is the aim that the children should develop an understanding and tolerance of religious practices and beliefs, regardless of whether they themselves share them. This is crucial in our multi-cultural society.  It is not the intention that the pupils should have any particular religion thrust upon them, but that, through learning what people have believed and do believe about God, they should understand what faith is and begin to think about what, if anything, faith means to them.

Members of other faiths to whom the pupils have been introduced in the course of their studies have often expressed appreciation of and sometimes amazement at the extent of the pupils’ open-mindedness and very real desire to learn and understand about others’ beliefs and practices.  One of the Buddhists who welcomed us to the Buddhist Centre subsequently wrote, “It really is a delight to welcome (Form 4), and my colleagues at the centre were so impressed with the pupils' work.”  One of the Jewish students who spoke to us at the Synagogue was rendered speechless by the depth of one child’s knowledge (gained during a recent research prep) about the festival of Shavuot and by his enthusiastic desire to discover how the student’s experience bore out what he had learned.

The numbers coming forward for confirmation (10 in 2016, 17 in 2015) are evidence of the way some of the older pupils want to commit to a faith of their own. This extract from a pupil’s article about the 3rd Form visit to St Giles’ Church epitomises the sense of awe and spirituality which the RS curriculum hopes pupils will develop:

We were told to gather around the Easter garden which the sun was highlighting rather magnificently. It made me think that God was blessing it from above in heaven as the sun seemed to shine only on the tomb that showed Jesus’ empty grave clothes inside it… It really touched me.

A faith or sense of spirituality gives the pupils an important extra dimension to their lives, one which can be a vital source of sustenance at difficult times.